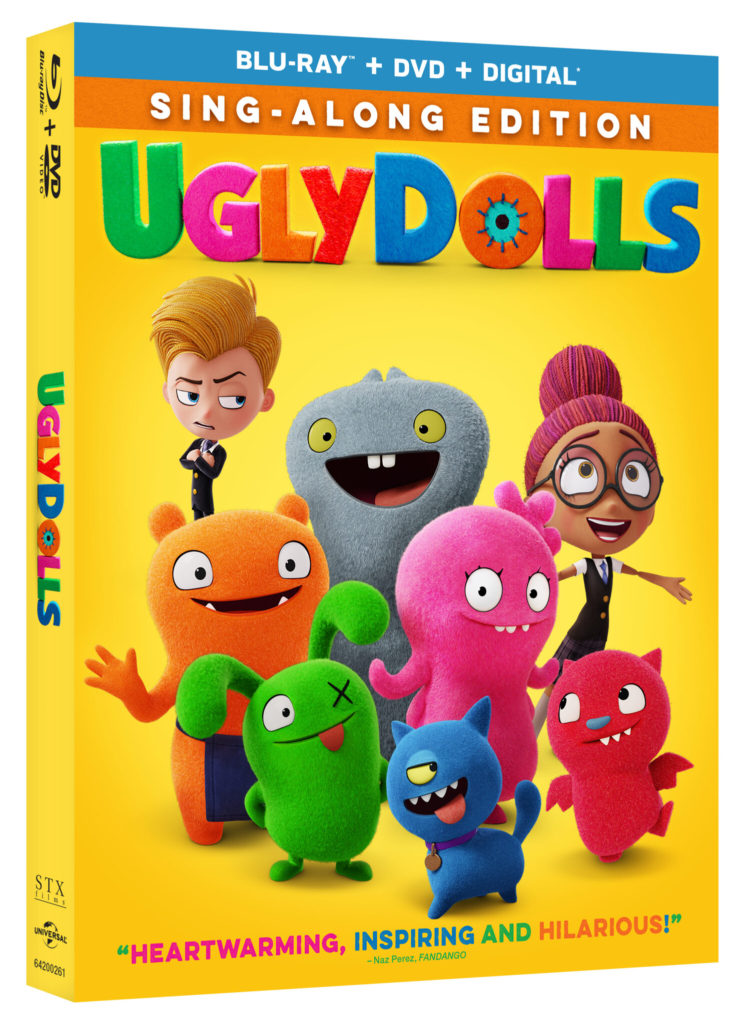 To celebrate the release of STX Entertainment’s “UglyDolls” on Blu-ray, Media Mikes would like to our fans a chance to win a digital download of this season. If you want to win this great prize, please leave a comment with your favorite Kelly Clarkson song. This giveaway will remain open until August 1st at Noon, Eastern Time. This is open to our readers in US only. One entry per person, per household. All other entries will be considered invalid. Media Mikes will randomly select winners. Winners will be alerted via email.

Unconventionality rules in UglyDolls, the fun and quirky animated musical debuting on Digital on July 16, 2019 and on Blu-ray Combo Pack, DVD and On Demand on July 30, 2019 from STXfilms and Universal Pictures Home Entertainment.Centered around the adorably unique town of Uglyville, the film follows Moxy and her friends as they confront what it means to be different and discover that you don’t have to be perfect to be amazing. Inspired by the global plush phenomenon and based on the UglyDoll characters created by David Horvath and Sun-Min Kim, UglyDolls is filled with colorful and adorable characters and packed with powerful messages of inclusion and empowerment. Join the fun and keep the party going with the music-filled comedy on Blu-ray, DVD and Digital showcasing an exclusive, all-new sing-along edition and stuffed with exciting bonus features allowing fans everywhere to dive deeper into the world of Uglyville.