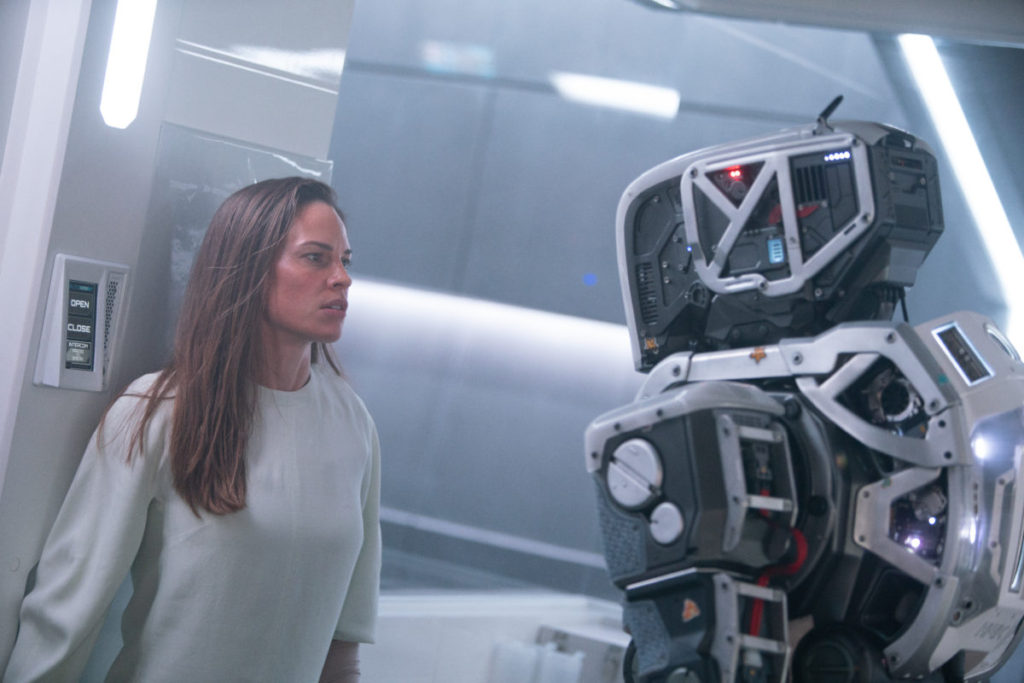 With the same gusto that Robert Downey, Jr.’s Tony Stark used to declare, “I am Iron Man,” I am hereby announcing that “I Am Mother,” currently on Netflix, is the best work of science fiction to grace the cinema universe since 2014’s bold “Ex Machina.” Brimming with a Stanley Kubrick vibe, “I Am Mother” holds your attention with ferocious vigor from beginning to end without ever skipping a beat. It captures the horrors of artificial intelligence gone wrong, something the late Stephen Hawking warned humanity about, with an engrossing cerebral script, solid acting, and a vision of the future that should make anyone shudder. This film should also make us question what is cinema?

“I Am Mother,” which debuted at the 2019 Sundance Film Festival, begins with dark, foreboding music as we are taken to an underground repopulation center. A red counter on the screen tells us that just one day has elapsed since an “extinction event;” that there are 65,000 human embryos being stored here; and that there are no human beings currently alive in the complex. The extinction event is kept a mystery to us, but in the meantime, we watch a solitary droid, known simply as Mother (voiced by Rose Byrne, “X-Men: Apocalypse”), begin the task of restarting humanity by incubating an embryo. When that child eventually asks why it’s the only one, the kind Mother cryptically says that she needs practice to become a good parent.

Flash forward to 15,867 days after the extinction event to when a teenage girl, Daughter (Clara Rugaard, “Teen Spirit”), is prepping for a test involving moral and ethical conundrums. It’s at this point our suspicions of Mother grow deeper since Daughter is still the only child in the facility, and roughly 40 years have passed since the first embryo was grown into a walking, talking human being. The situation becomes complicated because of Daughter’s own curiosity and the arrival of Woman (Hilary Swank) at the front door. The appearance of Woman, who has been shot, further contradicts Mother who repeatedly warns Daughter that the outside world is unhabitable for humans. Woman, who is less than truthful herself, paints a picture of human annihilation by A.I.-controlled droids.

A brilliant first feature-length directorial effort by Grant Sputore, “I Am Mother” has influences on it that range from “Terminator” to “2001: A Space Odyssey” to “Ex Machina” itself. There is a great feeling of suspense that builds and builds until it reaches a crescendo that will leave you analyzing what you saw for hours after the final credits leave the TV screen. Rugaard is a joy to watch as she delivers a breakout performance that rivals Alicia Vikander’s in “Ex Machina.” Byrne gives us a new HAL 9000 and Swank is raw and powerful as a lone survivor.

Despite its greatness, is “I Am Mother” not cinema in the truest sense of the word because it is a Netflix endeavor and did not have, for example, a 3,000-screen release across the United States with an international debut of even more? And if it is classified in the same way as say a new “Terminator” would be, without gracing a silver screen, does that mean it would hypothetically be eligible for an Oscar? “I Am Mother” and others like it are a sign of changing times and perhaps a redefinition of what cinema is.