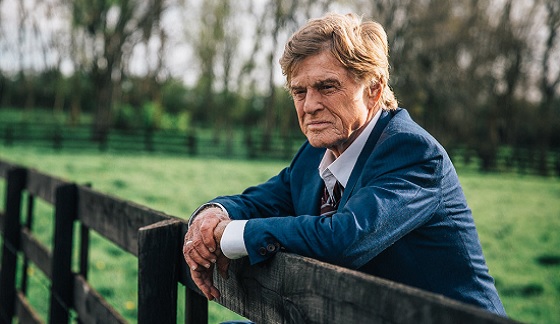 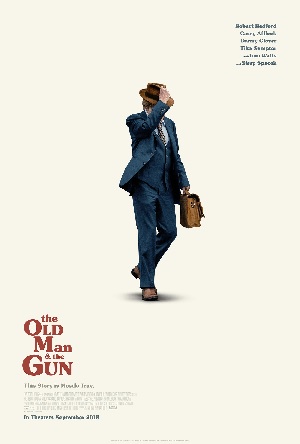 THE OLD MAN AND THE GUN
Starring: Robert Redford, Sissy Spacek
Directed by: David Lowery
Rated: PG-13
Running Time: 1 hr 33 mins
Fox Searchlight
Jesse James. Cole Younger. Billy the Kid. Bonnie and Clyde. All were criminals who robbed and murdered their way into history thanks to being turned into distorted Robin Hoods by dime store novels, bleeding newspaper headlines, and eventually a variety of movies. The supposed glory days of stickup artists arguably ended by the time the 1940s rolled around, yet one man named Forrest Tucker (1920-2004), who had a flair for the dramatic, probably stole more than all the aforementioned bandits combined. His life of crime, which began at the age of 15, is detailed in the current drama “The Old Man and the Gun,” starring Robert Redford in the alleged last acting gig of his career. Redford goes out with a bang in a performance that is charming and engrossing.
Written and directed by David Lowery (“Pete’s Dragon,” “Ain’t Them Bodies Saints”), “The Old Man and the Gun” is based upon a January 27, 2003 article of the same name in “The New Yorker” by American journalist David Grann. Like the title implies, we meet Tucker in his older years when he should be enjoying retirement somewhere sunny or at the very least staying out of trouble with the law. However, we quickly discover that Tucker cannot give up the thing he loves the most no matter what his age is. With fellow thieves Teddy (Danny Glover) and Waller (Tom Waits) in tow as part of what the press dubs the Over the Hill Gang, Tucker continues a nationwide bank heist spree in 1981 that garners the attention of detective and family man John Hunt (Casey Affleck). Hunt and Tucker are complete opposites of each other, but there is a bit of mutual respect as a cat-and-mouse game evolves before Hunt’s case is taken over by the feds.
In the middle of it all, Tucker encounters Jewel (Sissy Spacek), a single woman with a small horse farm in the country. He beguiles her with his charm, which Redford fleshes out effortlessly in scenes not only with Spacek, but also in scenes when Tucker is holding up banks with smiles and courtesy. Their chemistry on the silver screen is tangible and watching these two acting masters at work is a special cinematic treat to be savored like a fine wine. Of course, their relationship becomes more complicated when she discovers his real line of work, which is growing increasingly perilous as he continues to take chances despite mounting press coverage of his crimes.
Lowery has crafted a wonderful little film that flows smoothly from beginning to end with great acting and solid dialogue. Waits is subtly fantastic as a hardened tough guy while Glover quietly plays a worrywart and Affleck is solid in a nice supporting role. Beneath the entertaining Hollywood veneer, though, is a man who was in and out of jail his entire life, which included 18 alleged successful escapes from various detention centers and prisons. The film glides by how many lives were adversely affected by Tucker’s criminal activities and it only gives a brief nod to what happened to his family. Much like the dime store novels of the 19th century, “The Old Man and The Gun” sentimentalizes Tucker by taking a lot of dramatic license with reality. So much so that Tucker achieves a certain level of sympathetic status that whitewashes the fact he was a habitual criminal.