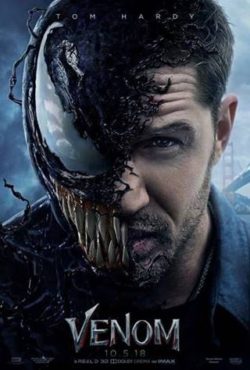 To download your complimentary passes to the VENOM advance screening at Cinema City at the Palace on Wednesday, October 3rd at 7:00pm please visit

2 Replies to “Win Tickets to Advance Screening in Hartford, CT for “Venom””