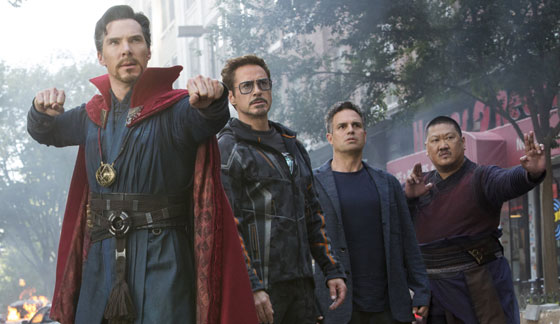 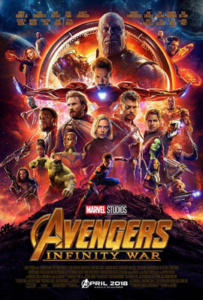 I can’t fathom the immense pressure the creators, directors, writers, producers and studio had going into “Infinity War.” Marvel has spent the past decade crafting content that not only stands on its own two feet, but was meticulously building towards this moment. Since Thanos first reared his ugly purple head in a post-credits scene in the first “Avengers,” fans knew that this monumental occasion was eventually going to happen. With lofty expectations, I’m happy to report that “Infinity War” delivers on nearly every level.

I usually type out a short summary or try to set-up the plot at some point early on in my reviews, but I feel like it’s a moot talking point because if you’ve kept up with the Marvel movies or have a good idea of what’s going on in them, you don’t need me to paint a picture about the Infinity Stones, the Infinity Gauntlet or the fight to save the universe. But I also know you don’t need me spoiling anything, so I’ll stay quiet on the specifics. However, I will say that it only takes the first five minutes of the film for “Infinity War” to knock viewers right in the jaw and set the tone.

Getting every character in one film, give or take a few, is an impressive feat on its own. But what’s cleverly done by Marvel’s creative crew is dividing our favorite heroes into different groups to tackle different tasks. The film pairs similar personalities that bounce or conflict well with each other. It also keeps the movie from being inordinate and having too many egos talking about the same thing or over each other, something that “Age of Ultron” ultimately suffered from. So there’s the possibility that fans of certain characters might be disappointed by the lack of screen time for their favorite hero or character.

That being said, Marvel’s gotten a lot better recently at villain building and Thanos (Brolin) may be the pinnacle. Not only is he fierce and overwhelmingly magnetic in his scenes, he’s a sadistic joy to watch stomping around the scene as he articulates his thoughts on death and the balance it creates. There’s also this shocking amount of softness to the character that we’ve rarely seen before with any other Marvel bad guy, except for maybe the one in “Black Panther.” While most of Marvel’s villains have been evil for the sake of being evil or because of their own vanity, Thanos seems genuine in his wickedness, because he’s not only a conqueror, but views himself as the universe’s scales of justice.

There’s a surprising amount of emotion and laughs mixed into the film’s bleakness and knockdown fights. “Infinity War” is never crushed under the utter weight of its own ambitions, serving up a worthy spectacle for audiences along with a captivating storyline that feels rich in content, but never bloated. This ambitious project, 10 years in the making, is not to be missed, but also raises the stakes even higher for when the Avengers assemble again in 2019.