Last month, I was sitting reading the latest issue of Horrorhound Magazine and I came across their list for the horror films of 2018 and within that listed was a film, I had no idea even existed called ReAnimator: Evolution. The film was said to be a reboot of the franchise and directed by Serge Levin and starring Johnathon Schaech. I knew I had to seek out more information about the film and the director. I found out that it is true; he is working on a new branding of the franchise and the film has been re-titled to Herbert West: Reanimator…but before we get to that, I found out that Serge has been VERY busy with other films!

Turns out Serge is working on finishing two new films before he enters the world of Herbert West. His first film, Alterscape: is a sci-fi/drama that takes a man on a journey that transcends both physical and perceived reality. It is a real trip to watch and it also co-stars Michael Ironside (Scanners). His second film is Superstrata has Paz de la Huerta (Enter the Void) and is currently being edited by Eric Strand, the man behind Donnie Darko and Tomb Raider. Media Mikes had a chance to chat with Serge about his two upcoming movies and also got the scoop on the new re-branding for the Reanimator franchise.

Mike Gencarelli: You wrote and directed the film “Alterscape”; tell us the origin of this 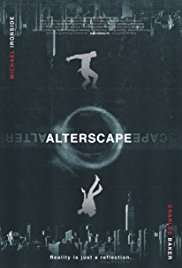 project?
Serge Levin: The idea behind Alterscape originated from my fascination with emotions. Due to the nature of my prior work in corporate finance, I was lucky to have traveled, lived, and worked in a few different countries. Through observation and interaction with people of various cultures, I pondered on the stark differences of how emotions are expressed, interpreted, and understood.
I also wanted to explore the relationship between emotions, feelings, and memory. Coincidentally, while waiting for a flight at an airport I came across an intriguing book by Victor S. Johnston Why We Feel: The Science of Human Emotions. Although it was a fairly short flight, I remember devouring the whole book before I landed at my destination. My hunger for the subject matter and the author’s brilliant writing structure made it an easy read, but most importantly connected many dots in the underlying study of emotions and nervous system as a whole.

Thinking back to some stories that my stepfather, Sam Hollis a Vietnam War veteran, has told me when I was younger, and inspired by more literature about Affective Science, the first draft of Alterscape was born.

MG: How was the opening falling from the building scene shot?
SL:  Indeed, the slow motion falling sequence is one of the most important story beats in the film, so I wanted it to really stand out.

Being a huge fan of 80s film era, I loved how the director John McTiernen portrayed the falling sequence with the character named Ponytail, played by Héctor Mercado, in the film Nomads 1986. It was both creepy and surreal. I needed my falling shot to have that abstract and symbolic feel, so I was definitely inspired by what I saw in Nomads.

I wanted to take it even further and actually follow our hero as he plummets from a high-rise, which required more ingenuity and technical assembly. For the sake of art I can’t get into details as to the exact process of how we shot it, although our final execution of the sequence was as close to a real fall as you can make it.

MG: I loved the whole setting of the film. The logo and parts of the score has a cool 80’s vibe. The wormhole was rad with retro feel. I also love old tech like the ancient computers mixed with the new tech; was this all planned?
SL: I appreciate you picking up on these aesthetics because it was definitely intentional. As I already mentioned, I’m inspired by many great films from the 80s and had the urge to bring back some of those vibes, analog tech, and even colors. The story does not take place in the 80s however. We keep it vague although a few visual and dialogue references do imply a more specific time period. Amalgamating retro-tech with very advanced science was also planned from the start. David Cronenberg fans, being one myself, will definitely appreciate our set designs.

MG: Tell us about the film’s visual effects? What was your most challenging task?
SL: The script called for more than 800 visual effect shots of varied complexity. My objective was to do most in-camera with real makeup, physics, and lighting. This old-school method to me seems to convey action with more realism and depth. Obviously, certain sequences required harnessing some of the digital creative tools and applying them in a very neat way. It’s thanks to my very experienced and talented cinematographer, Richard Clabaugh (Prophecy 1 and 2, Phantoms), the process of filming always took into account what and how we would need to tackle the post-production visuals.

You referred to the vortex sequence as being one of the cool-looking visuals. I’d like to add that after we travel through it, we end up in a realm that seems to span to infinity. Actually close to 90% of that composition is actually practical, not digital.

MG: What was it like working with a legend like Michael Ironside?
SL: It was a dream come true. Michael Ironside and Charles Baker, were introduced to me by our producer Jon Keeyes, who had previously worked with both. I’m extremely grateful and honored that my story resonated with such talent.

Michael was an absolute joy to work with and simply be around. It felt like working with a close family member – that’s the kind of energy Michael

projected on set. He commands such strong presence, both on screen and off. Growing up watching him, in what are now cult classics of the genre that I am most passionate about, and get to actually work with Michael Ironside, was a real treat.

Overall, I was lucky to have such a talented cast. Everyone was extremely hard working and talented.

MG: I felt a Scanners vibe within the film; was this coincidence or planned with Ironside on board?
SL: Scanners is one of my favorite horror films but I did not expect to have Michael on board until we actually signed. I was overwhelmed with joy when I found out we had a solid confirm. As far as similarities to Scanners I can see where the parallels can be drawn, however the theme, premise, and motivations are very different.

We just had our world premiere at The Philip K. Dick Film Festival in New York, where we won first place (Best Feature), and one of the viewers made a reference to Liquid Sky as well. I am thrilled that our film carries those vibes and homage to the work I consider inspirational.

One day I asked Michael Ironside what he thought of our set design for the lab interiors. Right away he brought up Altered States, yet another film from the 80s.

MG: Your next film, Superstrata, is already in the books; give us a sneak preview?
SL: Superstrata is currently in post-production and I expect to have solid first assembly in a few months. I’m extremely happy with the footage that we shot and with great excitement now focusing on making the best edit. 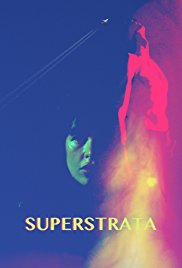 The story revolves around a man whose psychological condition yields an unexpected side-effect enabling him to experience various quantum realities. Quantum physics and quantum mechanics are a big part of the story, but so is spirituality and the concept of interconnection through love.

Superstrata shall have many neat twists and turns, including an epic passenger jet sequence. With its many layers, stunning cinematography and big production value, it will be an impactful feature. We have awesome cast including: Robert F. Lyons, Jim Meskimen, Paz de la Huerta, and Alex Veadov.

MG: Tell me about about working with the man behind Donnie Darko and Tomb Raider, Eric Strand, and how he got involved to edit this film?
SL: Eric Strand is a veteran of his art. Working with an editor of such experience and caliber is an eye opening learning experience. Eric’s approach is very old-school, using techniques that were bullet-proof for cutting film. Our digital workflow, in my view, adds to Eric’s creative freedom and leverages his proven know-how. Eric and I connected in many ways, including the type of genres we like and the study of Martial Arts.

MG: Alex Veadov appears in both of your upcoming films Alterscape and Superstrata?; tell us about this collaboration?
SL: The first time I saw Alex in a film, it was We Own The Night directed by James Gray. I was blown away by his ability to convey so much emotion simply with his eyes. I believe Alex is one of the most talented actors of our time and have been blessed to work with him on several projects.

Our collaboration started with Alterscape when I reached out to him directly with the script and then bringing him onboard via his agent. When I started 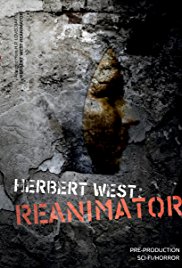 working on the Superstrata script, I already had Alex in mind for one of the roles. I’m grateful that he has been receptive to my material and his schedule worked out.

MG: What can you tell me about the planned reboot “Herbert West: Reanimator”
SL: We will be announcing exciting news regarding the Reanimator rebrand very soon. I wouldn’t call it a reboot of the original Re-Animator film, which I love and have tremendous respect for. Our adaptation of H.P. Lovecraft’s original story shall stay true to the underlying material yet accentuate more of its scientific and dark undertones.

MG: Is Johnathon Schaech still involved? When can we expect it?
SL: Johnathon Schaech is a co-writer together with Jon Keeyes. Johnathon is also a very talented actor and I expect to have a full cast confirmed in the near future.

It’s important to note that we are not only producing a new adaptation of a well-known literary work but also incorporating innovative high-tech applications to make this an unprecedented viewing spectacle with ancillary interactive content.