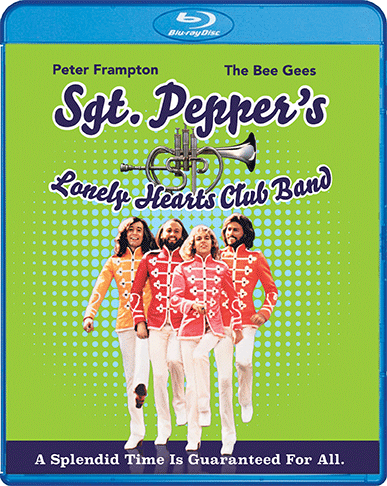 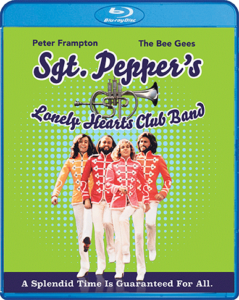 As the world celebrates the 50th anniversary of the Beatles groundbreaking album “Sgt. Pepper’s Lonely Hearts Club Band”, Shout! Factory will release the film of the same name on Blu-Ray. Sit back and let the evening go with the 1978 musical spectacular featuring stunning reinterpretations of over twenty classic Beatles songs. “Sgt. Pepper’s Lonely Hearts Club Band” is a magical, musical tour through some of the greatest songs ever written, and an astounding time capsule of the late 70’s unlike anything you’ve ever seen or heard.

Classic 70’s presented in stunning hi-definition audio and sound. “Sgt. Pepper’s Lonely Hearts Club Band” is brimming over with everything from the bi-gone era. Starring Peter Frampton and The Bee Gee’s the film follows the story of Billy Shears (Peter Frampton) and his friends the Henderson’s (The Bee Gees) as they leave their small town in hopes of stardom. Along the way the group run into a variety of unique characters and themes pulled from the iconic Beatles album that spurred hits songs like “With a Little Help from My Friends” and “Lucy in the Sky with Diamond” to name just a few. Also included are some cool performances by Aerosmith, Earth, Wind and Fire and the late great George Burns. The film definitely serves as a time capsule as you don’t see productions as quirky as this happing today but that’s what makes this film so appealing.

Included in the Special Features section of the Blu-Ray is an audio commentary by Pop Culture Historian Russell Dyball, Picture Galleries and the film’s original theatrical trailer. Though I found this portion of the release to be lacking the film provided just enough campy moments to make it enjoyable. The film looks and sounds great which for me is the most important part so if you’re a fan of the Beatles album and some of the other great performers featured here you’re going to be in for a treat with the latest release from Shout! Factory