To celebrate the digital HD release of Season 6 of “Veep” and Season 4 of “Silicon Valley”, Media Mikes would like to give two of our fans a chance to win a digital HD copy of each season. If you want to win this great prize, please leave a comment below your favorite character from either of the two shows. This giveaway will remain open until August 4th at Noon, Eastern Time. This is open to our readers in US only. One entry per person, per household. All other entries will be considered invalid. Media Mikes will randomly select winners. Winners will be alerted via email. 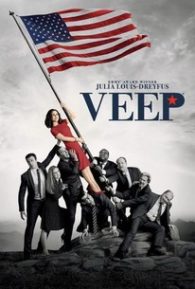 In the sixth season of VEEP, we find President Selina Meyer (Julia Louis-Dreyfus) now out of office for the first time in years after her loss in a Senate vote to resolve an Electoral College tie last season. Forging ahead to secure her legacy and find her place in the world, while much of her staff pursues endeavors of their own, Season 6 finds Selina and her band of fellow misfits hilariously attempting to make their mark while navigating the political landscape in Washington and beyond.

The fourth season of Silicon Valley, the “incredibly funny” (Uproxx), Emmy®-nominated HBO comedy series from Mike Judge and Alec Berg, will be available for Digital Download on July 31, 2017, with Blu-ray™ and DVD release date confirmed for September 12, 2017. In the new season of the critically beloved show that probes the ripe-for-comedy world of Silicon Valley, Richard Hendricks (Thomas Middleditch) and his team of socially awkward underdogs continue to claw their way towards tech fame and fortune. Silicon Valley: The Complete Fourth Season on Blu-ray™, DVD and Digital Download features all ten episodes from Season 4, along with three hilarious, never-before-seen deleted scenes.

Change is in the air in Season 4 of Silicon Valley as the Pied Piper guys pursue their video-chat app, PiperChat, but Richard (Thomas Middleditch) has a hard time letting go of his dream to put his algorithm to better use. As Dinesh (Kumail Nanjiani) flirts with notoriety while Gilfoyle (Martin Starr) looks on in amusement, Erlich (T.J. Miller) searches for his next big break, Jared (Zach Woods) attempts to pivot with the company, and Big Head (Josh Brener) enters the world of academia. Over at Hooli, Gavin (Matt Ross) finds himself threatened by Jack Barker (Stephen Tobolowsky), while Monica (Amanda Crew) struggles to bounce back at Raviga after her fallout with Laurie (Suzanne Cryer). Sharp, irreverent and hilarious,Silicon Valley continues to lambast the self-important world of tech in a season that finds the Pied Piper guys looking to leave their mark, even as they continue to fumble along the road to success.