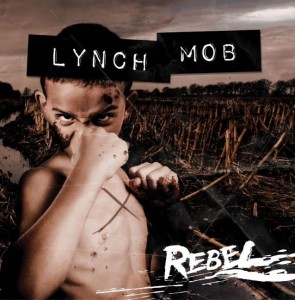 Lynch Mob are back with a brand new album titled “Rebel” which features 11 tracks from the former Dokken guitarist George Lynch and his band which features vocalist Oni Logan, bassist Jeff Pilson and drummer Brian Tichy. This will be the bands 8th studio album and the follow up to the groups 2014 release “Sun Red Sun”.

Ever since the group’s reunion in 2008 Lynch Mob has continued to once again grow with each album they release and “Rebel” is no exception. The albums opening track “Automatic Fix” is a perfect example of that as its pure rock and roll with elements of vintage heavy metal ala Iron Maiden and Judas Priest.

Other notable tracks from the album are the trudging d-tuned “Sanctuary”; the effects fueled “Dirty Money” and the ballad like “The Ledge”. While the album certainly is a rock album at times I found it to be a little softer than I was expecting. Though that’s certainly not a bad thing as I think the different styles will appeal to a wider range of listeners it’s just not what I envisioned at first listen.

Filed Under: CD Reviews Tagged With: