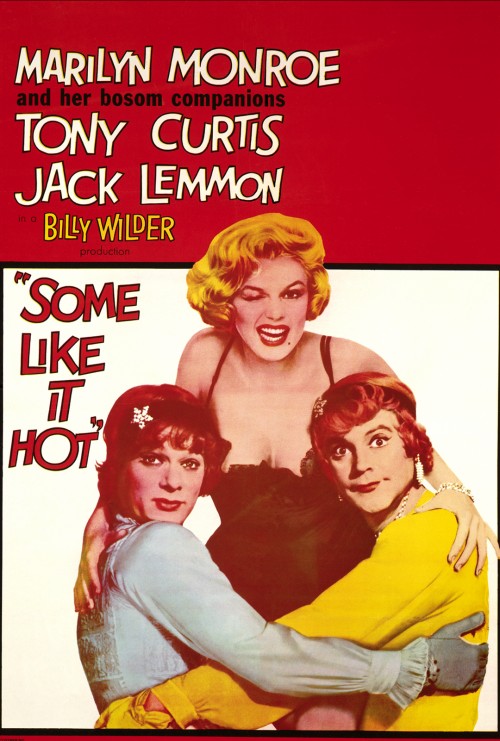 Film historian Bruce Crawford has announced the film to be presented at his 36th Tribute to Classic Films will be Billy Wilder’s Oscar-winning “Some Like It Hot.” The film will be screened on Friday, April 24, 2015 at the beautiful Joslyn Art Museum in Omaha, Nebraska.

Often considered the greatest film comedy of all time, ranking #1 on the American Film Institute’s list of the top 100 film comedies, “Some Like It Hot” stars Jack Lemmon, Tony Curtis and Marilyn Monroe. The evening’s special guest will be Curtis’ daughter, Kelly. Also, as with other Classic Film Tributes, artist Nicolosi will design a commemorative United States Postal Envelope honoring the film. The artwork will be unveiled prior to the screening.

Tickets for the event, which will begin at 7:00 p.m., are $23.00 and can be purchased at the customer service counters of all Omaha-area HyVee food stores. Tickets go on sale on Wednesday, April 1, 2015. Proceeds will benefit the Omaha Parks Foundation. For more information call (402) 926-8299 or visit www.omahafilmevent.com