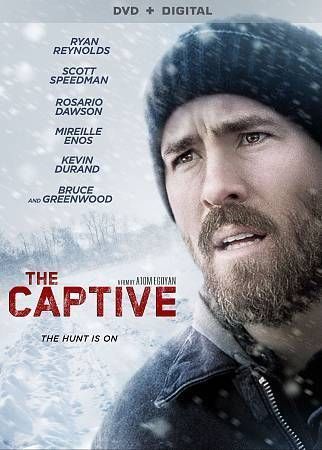 To celebrate the release of “The Captive” starring Ryan Reynolds and Scott Speedman. Media Mikes would like to give our fans a chance to win a DVD of the film. If you want to win this great prize, please leave us a comment below or send us an email with your favorite Ryan Reynolds film. This giveaway will remain open until March 27th at Noon, Eastern Time. This is open to our readers in US and Canada only. One entry per person, per household. All other entries will be considered invalid. Media Mikes will randomly select winners. Winners will be alerted via email.

In this psychological thriller from Academy Award Nominated director Atom Egoyan, Matthew (Ryan Reynolds) steps briefly into a diner and comes out to find that his young daughter Cassandra has vanished without a trace from the back of his truck. Her unsolved abduction destroys Matthew’s once-happy relationship with his wife, Tina (Mireille Enos), who, haunted by mementos of Cassandra that appear mysteriously at her work, suspects her husband of foul play. Years later, when detectives Nicole (Rosario Dawson) and Jeffrey (Scott Speedman) discover recent images of Cassandra online, Matthew risks everything to ensure his daughter’s safe return – and to save himself and Tina from the limbo of unrelenting despair.