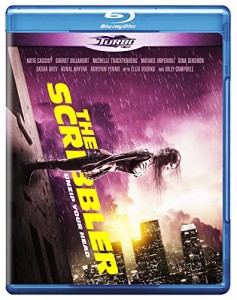 Official Premise: The Scribbler follows Suki (Katie Cassidy), a young woman confronting her destructive mental illness using “The Siamese Burn,” an experimental machine designed to eliminate multiple personalities. The closer Suki comes to being “cured,” she’s haunted by a thought… what if the last unwanted identity turns out to be her?

Now that we the cast out of the way, how come I have never heard of this film till now when it hits Blu-ray. This film is a pretty bad-ass flick with a great ensemble cast. It is slick, edgy and definitely one hell of a ride. The 1080p works great on Blu-ray for this stylized film. There are no special features at all though included with this film. Come on Xlrator you can do better!