To celebrate the release of “Transformers: Age of Extinction” in theaters, Media Mikes is teaming up with Mimoco for an exciting giveaway of three . If you would like to enter for your chance to win one of these great prizes, please leave us a comment below or send us an email with your favorite Transformers character that you want to see made into a MIMOBOT! Who knows Mimoco might just listen!! This giveaway will remain open until July 4th at Noon, Eastern Time. This is open to our readers in US and Canada only. One entry per person, per household. All other entries will be considered invalid. Media Mikes will randomly select winners. Winners will be alerted via email. 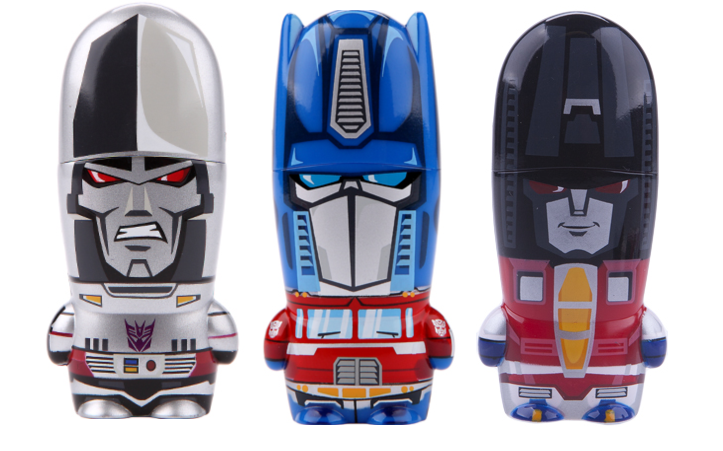 For 9 million years, Megatron has battled for control over Cybertron and the Universe’s energy supplies. Now he has set his evil mind on seizing control of your data! With steel-colored armor, menacing scowl and piercing eyes, Megatron MIMOBOT® boasts his classic Transformers style and will stop at nothing, least of all the feeble attempts of Optimus Prime, to gain the Universe’s data, and that means your documents, music, pictures and more!

Cover your ears! Megatron’s greatest rival for control of the Decepticons is now available in MIMO-form! With his F-15 wings folded behind him, STARSCREAM MIMOBOT captures the Decepticon arrogance and power with a smirk all-knowing, and all-cruel. 64GBs of data storage capacity and AMAZING preloaded digital goodies like vintage 1980’s comic books and episodes of the animated series, make Starscream MIMOBOT ready to shriek his way into your world. Get him before he transforms and takes off! 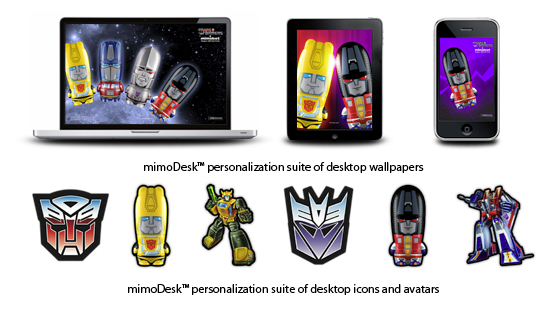