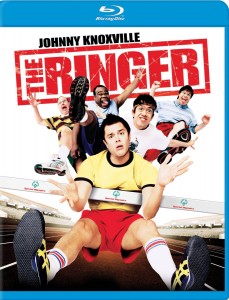 “The Ringer” is no question my favorite film of ALL TIME…about the Special Olympics. It is also one of Johnny Knoxville’s best roles to date alongside “Bad Grandpa”. The guy can actually act quite well when he is given the chance. This film is not only very funny but also has a big heart. ‘The Ringer” is a film that grows on you over time…and also is extremely quotable as well. I do not think a week goes by without either myself or my wife quoting this film. We will never be able to have ice ever again or talk about scratching a CD without thinking of “The Ringer”. I highly recommend checking this film out if you missed it over the years you will not be sorry.

Official Premise: Pressured by a greedy uncle (Brian Cox) and a pile of debt, loveable loser Steve Barker (Knoxville) resorts to an unthinkable, contemptible, just-crazy-enough-to-work scheme. He pretends to be mentally challenged to rig the upcoming Special Olympics and bring home the gold. But when Steve’s fellow competitors get wise to the con, they inspire him to rise to the greatest challenge of all: becoming a better person

The Blu-ray presentation for this release is good and what you would expect from a basic comedy. Solid 1080p transfer and good DTS-HD-Master Audio 5.1 track. I would have loved this release even more if Fox included a digital copy. In terms of special features, there is a jam packed audio commentary with director Barry W. Blaustein, screenwriter Ricky Blitt, producer Peter Farrelly and actors Johnny Knoxville, Edward Barbanell and John Taylor. There are some deleted scenes, a behind-the-scenes look with”Let The Games Begin: A Look at The Ringer” and a theatrical trailer included.