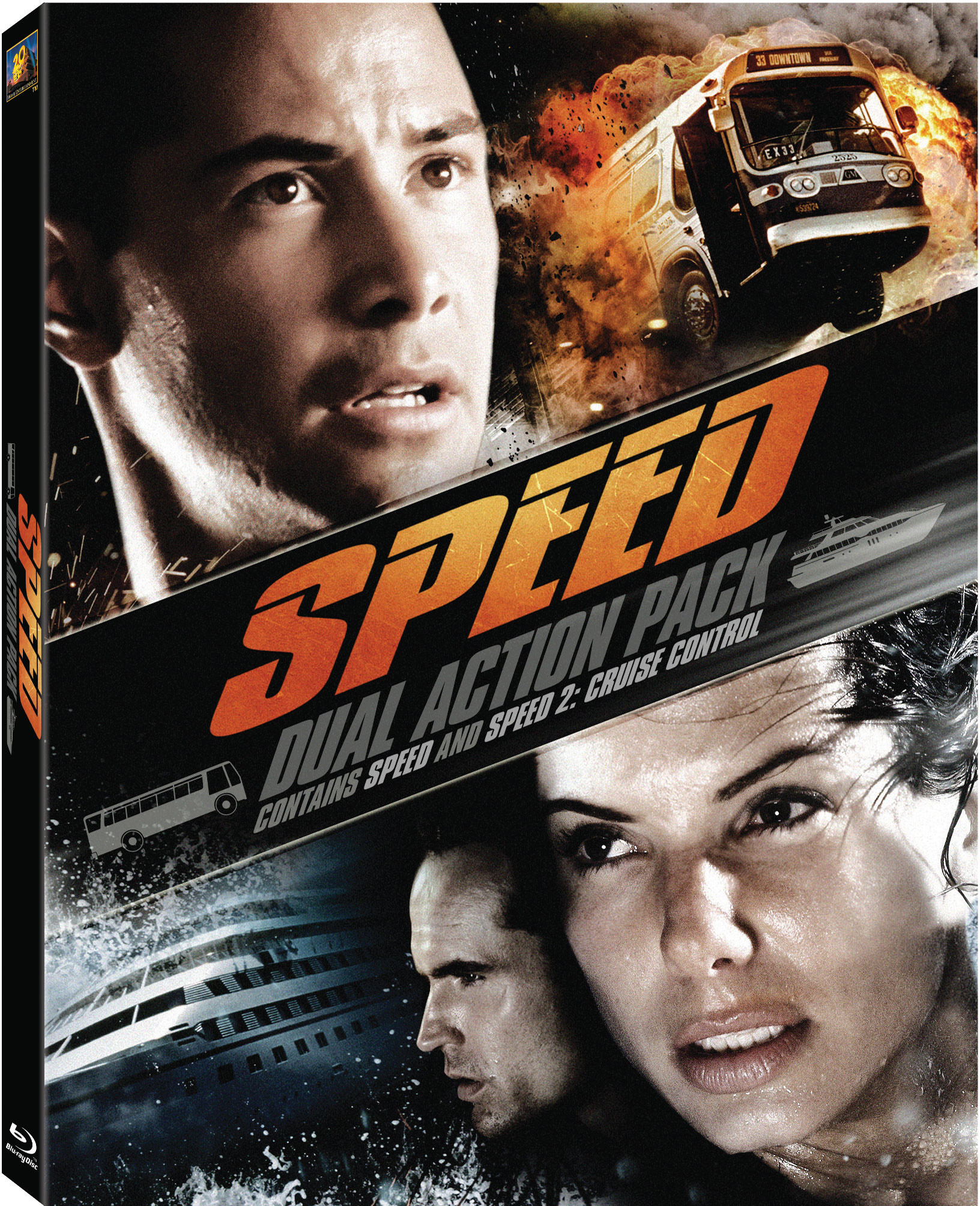 To celebrate the release of the “Speed” & “Speed 2” Combo Pack” on Blu-ray on May 6th, Media Mikes is excited to giveaway two (2) combo packs on Blu-ray. Since “Speed” started the careers of both Keanu Reeves and Sandra Bullock, if you would like to enter for your chance to win one of this prize, please leave us a comment below or send us an email with your favorite film of theirs since “Speed“. This giveaway will remain open until May 16 at Noon, Eastern Time. This is open to our readers in US and Canada only. One entry per person, per household. All other entries will be considered invalid. Media Mikes will randomly select winners. Winners will be alerted via email.

Synopsis: Hold on tight for a rush of pulse-pounding thrills, breathtaking stunts and unexpected romance in a film you’ll want to see again and again. KEANU REEVES stars as Jack Traven, an L.A.P.D. SWAT team specialist who is sent to defuse a bomb that a revenge-driven extortionist (DENNIS HOPPER) has planted on a bus. But until he does, Jack and one of the passengers (SANDRA BULLOCK) must keep the bus speeding through the streets of Los Angeles at more than 50 miles per hour –– or the bomb will explode. A high-octane chase of suspense, nonstop action and surprise twists, Speed is a joyride sure to keep you on the edge of your seat.

Hold on to your life jacket as the rip-roaring sequel to Speed hits the high seas. Sandra Bullock reprises her star-making role as Annie Porter, a young woman expecting to enjoy a Caribbean vacation with her boyfriend (Jason Patric) on board the world’s most luxurious cruise liner. But their trip to paradise turns deadly when a lunatic computer genius (Willem Dafoe) takes over the boat and sets it on a course for destruction. An explosive voyage helmed by daredevil director Jan De Bont (Speed, Twister), Speed 2: Cruise Control rides the wild waves at maximum velocity.