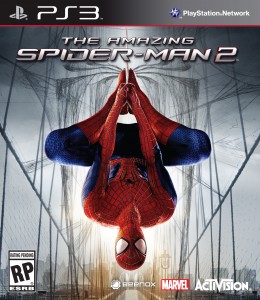 Look Out! Here comes the Spider-Man…again. While I enjoyed the film “The Amazing Spider-Man 2”, as any video gamer knows the game adaptations next to always disappoint. Unfortunately, “The Amazing Spider-Man 2” suffers the same fate. The game feels rather lazy and not very exciting. Pretty much feels like the took the last game, tweaked it a little and slapped a “2” on it. Like this film which is fading fast from theaters, I also see myself not going back to revisit this game anytime soon.

“The Amazing Spider-Man 2” allows you to free-roam through New York City web-slinging from here to there. Before the game play even started, I was let down to find that the story doesn’t even follow the movie. It is follows a more generic Spider-Man story that lightly includes the film’s villains and a few other characters that aren’t even in the film. The controls are decent but I found myself continuously referring to the options since there are a ton of different commands for each buttons.

Speaking of generic story, the same goes for the combat. I felt like I was just attacking, blocking and web shooting my way through each battle once I got a hang of the controls. The visuals are decent and probably the best part of the game. Who doesn’t love web-slinging through the city. My wife walked in at one point and said “This is a game?”, so I guess it looked good enough for her. I did keep running into some issues with the video jumping on some cut scenes but nothing major. Overall, I enjoyed this game the first time and less and less thereafter. So unless you are a hardcore Spidey fan, I would probably steer clear.