Matthew Llewellyn has various on films like “Dead Souls” for the Chiller Network as well as additional music for “John Dies At The End” and even the video game “Far Cry 3”. His latest film, “Deep In The Darkness” is premiering on Chiller Network on May 23rd. Media Mikes had a chance to chat with Matthew about scoring film and also working with composer Brian Tyler.

Mike Gencarelli: You mentored with Brian Tyler, who is an amazing composer, how did that come about?
Matthew Llewellyn: A good friend of mine Bob Lydecker, who I attended graduate school with at the University of Southern California referred me. He was Brian’s assistant at the time and they needed some extra help in the studio so he gave me a call. After getting my feet wet with projects like “Final Destination 5” and “Call of Duty: Modern Warfare 3” I continued working there for a few years. It wasn’t always easy but I definitely had a blast.

MG: Tell us about how you ended up composing the film “Deep In The Darkness” for Chiller Network?
ML: I’ve worked with director Colin Theys and Synthetic Cinema International for a handful of years now scoring Colin’s previous films for Chiller, “Dead Souls” and “Remains”.

MG: When you score a horror film, tell us about your approach to finding the sound?
ML: Whenever I sit down to write a score I always focus on the thematic material first. After Colin and I spotted “Deep In The Darkness” we talked at lengths about what characters and/or places will have themes. We eventually decided upon the following themes: 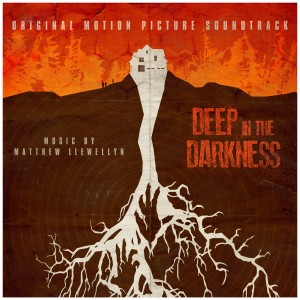 Most are very melodic aside from the Isolates’ motif, which is a creepy pulsating string cluster that returns whenever the Isolates are present. After all of the themes were approved I went through the film and mapped out how they would evolve with the story. When the musical framework was in place I dove into writing individual cues.

MG: What would you say was your biggest challenge on this project?
ML: I would say the shear amount of work. I composed and orchestrated every single note of the score so the sound you’re hearing is 100% me.

MG: Now for a relatively hard one…favorite score of all time and favorite score last/this year?
ML: Tough question indeed! I think my favorite score of all time is John Williams’ “E.T. The Extra Terrestrial” with his score for “Hook” a close second. E.T. is one of those incredible filmmaking moments where the perfect score was written for the perfect movie and I’m confident that it will go down in history as one of the greatest film scores ever written. It has become iconic and a staple for the term “movie magic”. Whenever I hear the “Bike Chase” ostinato start in the last reel of the film I just smile because I know something amazing is about to happen. I was fortunate to see John Williams conduct the last reel of E.T. to picture at the Hollywood Bowl a couple years ago; it

was definitely something I will never forget.

I just saw the new “Godzilla” film the other night and I have to say Alexandre Desplat’s score is absolutely incredible. That definitely takes the cake for my favorite score of the last year. It’s not overly thematic but it is full of brilliant writing and orchestration. I loved his work on “Grand Budapest Hotel” as well.

MG: What else do you have on the cards upcoming?
ML: I’m currently working for Brian Tyler on “The Expendables 3”. I have a few other things in the pipeline at the moment but they are hush-hush.