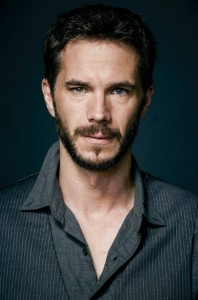 James D’Arcy is known best for playing three roles in the 2012 epic sci-fi film “Cloud Atlas”, directed by Tom Tykwer and The Wachowski’s. He also played the role of Norman Bates in “Hitchcock”. Media Mikes had a chance to chat with James about his role in his new film “After the Dark” and his new A&E TV series “Those Who Kill”.

Mike Gencarelli: How did you get involved with the film “After the Dark”?
James D’Arcy: I woke up to an email from my agent sending me the script. I read the script completely cold and I had no idea what I was about to read at all. There was the moment in the script when I shoot one of the kids in the head, that is when it really got my interest. I thought this was really an unexpected twist. Then when I finished the script, I thought it was challenging, provocative and intelligent. You have to have a brain to watch the film. I was enthusiastic due that those aspects. Then I received a bunch of photographs of where we would be shooting. When I saw the locations, it made much more sense to me. I couldn’t visualize how it would work until I saw the photographs. I was just blown away. Then met with John Huddles and really liked him. He had a lot of great ideas and it just grew from there.

MG: I was wondering about the shooting locations since they were extremely beautiful.
JD: Yeah, it was incredible. The three places we filmed in Indonesia were the Prambanan Temple, Mount Bromo and Belitung Island. When I saw the island, I thought “Oh my God, that looks like a holiday”. It was beautiful. We did have to work unfortunately as well [laughs]. The other two Prambanan Temple and Mount Bromo, I haven’t never seen any place like them before. I had no idea a place like Prambanan even existed before. For Mount Bromo, we actually shot in an active volcano. It was filming on Mars. It was really worth it since these were just such extraordinary places.

MG: What intrigued you most about your character Mr. Zimit 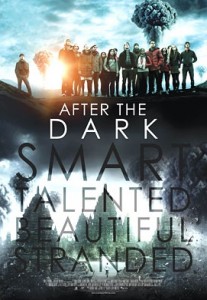 JD: I really didn’t know if he was a good guy or not. I liked that there was this dubious gray area. I liked that he was smart and very charismatic. You just never quite knew where you where with him. He was constantly pulling the rug out from under your feet. I thought he was very complex and not obvious and I appreciated that enormously as an actor.

MG: You provided narration throughout as a few of the scenarios played out; was this done before or after shooting the film?
JD: You have an advantage over me since I haven’t seen the completed film yet. We didn’t record any narration separation. We shot it as part of the scene. I do remember that I was slaving over this very long speech at one point. We actually shot that and I remember thinking that this was most likely going to be used as a voice over. Some of the dialogue we shot twice, once was in the classroom and once was on location, so we never quite knew where the director was going to make the cut.

MG: Since you haven’t see the film, I am not sure you can relate but I loved the score in the film and we also interviewed the composer, Jonathan Davis and Nicholas O’Toole, I felt like the music was another character in the film.
JD: Yeah, I can’t comment much on that. But I have been in movies, where the music does something and becomes a character itself. It doesn’t just enhance what you are already hearing and seeing, it adds this extra layer. That is when music is best in the movies.
MG: Honestly, “Cloud Atlas” is one of those films for me and I loved how well the score was intertwined into the film.
JD: Yes, that score was quite amazing. Tom Tykwer did a phenomenal job.

MG: What can we expect from your upcoming A&E series “Those Who Kill”?
JD: It stars Chloe Sevigny and myself. We are both very damaged human beings with scores to be settled. We shot the whole thing in Pittsburgh, which is an extraordinary 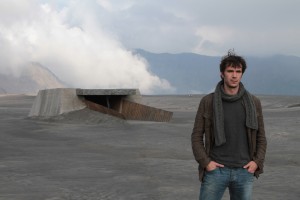 location since it allows a lot really artistic shots. It is a very dark and powerful show. It was great being able to take a character over a few hours as opposed to just one feature film. We had a chance to explore. them. I am very excited for this show.

MG: You’ve done roles like Mr. Zimit in “After the Dark”, Thomas Schaeffer in “Those who Kill” and you played three roles in “Cloud Atlas”; do you seek out specific roles when you approach a project?
JD: I do not think that I have ever actively seeked out a role. But when you read a script, you immediately know the ones you have an affinity with. Often, the ones that I have an affinity for are also the ones I am afraid of. I am not sure if I am able do them, which leads me to then investigate and pursue further.

MG: What else do you have in the cards for 2014?
JD: I am filming a movie right now called “Survivor”. It is stars Milla Jovovich, Pierce Brosnan, Angela Bassett, Dylan McDermott and myself. We are shooting in London and Bulgaria. It is an action/thriller. It is really good fun and James McTeigue is directing it. He is just wonderful. I also did a film last year called “Let’s Be Cops”, which is a very broad comedy, even though I am not the funny part of it. Because of the way, the film was shot most of the scenes I were in were more serious but I did get to see the funny stuff and it is quite funny indeed. I think that comes out in the Summer.