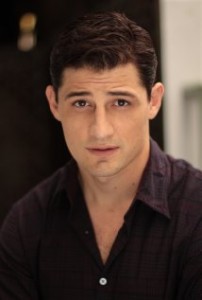 Enver Gjokaj is know best for his role of Victor in Joss Whedon’s “Dollhouse”. He also appeared in a small role in “The Avengers”, again with Joss Whedon and the new TV series “Witches of East End”. Media Mikes had a chance to chat with Enver about his new film “Lust for Love” and reuniting with his “Dollhouse” cast.

Mike Gencarelli: How was it reuniting with your “Dollhouse” cast members for “Lust for Love”?
Enver Gjokaj: We have always been good friends even after “Dollhouse” ended. “Dollhouse” was one of those jobs that spoiled you on every other job. You get a job and it is your first job and you think that every job will be like this…but it is not [laughs]. I have made though so many great friends from that show. Dichen (Lachman) and I are practically best friends. So we have been hanging out for a while and that is from where the inception of the film began. We were always looking for another project for all of us to do. We also wanted to figure out how much we would be able to do on our own. This was one of those projects. Everyone involved just wanted to see what we could do and it ended up being quite a lot actually.

MG: When you work with friends, do you find it more challenging or easier?
EG: It depends. Of course we love each other, so we had a ton of fun. When you are shooting something on a budget, there is no one hat so to speak. Dichen, who was the main actor and also producer, would go from setting a table for lunch straight to in front of the camera [laughs]. She

wore many different hats but for me I just got to be an actor for this, which was a total pleasure. Anton (King), the director, gave me total layaway and I made the character my own. I went in a pretty comedic direction with him.

MG: Jake was definitely a funny character, tell what you enjoyed most about him?
EG: I loved it because nobody really lets me do comedy [laughs]. I have done a lot of auditions for comedies but in terms of stuff I’ve gotten hired for, I do not think people are aware that I am able to be funny [laughs]. It has been quite a few years since I was able to do quite a broad character. Anton was great and very encouraging. I would do something and it would be way over the top and then I would come to him after all apologetic. He was like “Are you kidding me? Go farther…more…more”. So that was a total pleasure since you do not often get to take the limits off a character and get to do whatever you want. There is a part where I slapped Fran (Kranz)’s character with a piece of chicken and all of that just came out of the moment. Also for me playing a 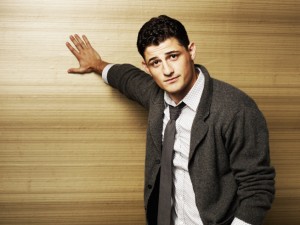 lovable dickhead is right in my pocket, so to speak [laughs].

MG: What is your technique when preparing for a role?
EG: For this character, I really found him at the table readings. At first I didn’t know what to do with him. I feel like a lot of time you read a role over and over and it eventually shows itself to you. I do not think anyone planned for this character to be so broad. You really don’t plan it though and after a while it just comes out naturally.

MG: What else do you have in the cards for 2014?
EG: Right now, I am excited for “Lust for Love” getting released. Also we are in pilot season now and everyone is casting the new TV shows. I am out there auditioning for a lot of stuff. So I will see if anything comes out of it.