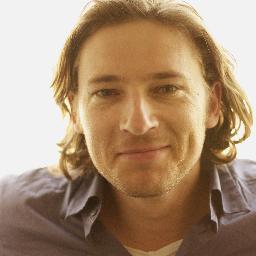 Anton King is an Australian writer-director, who made his started in the business by premiering short films to the film festival circuit. One of those short films, “Lust for Love”, was just turned into a feature film which packs a fantastic cast including Fran Kranz (“Dollhouse”) and Dichen Lachman (“Dollhouse”) and Beau Garrett (“Tron Legacy”). Media Mikes had a chance to chat with Anton about the film and how fans can see it.

Mike Gencarelli: “Lust for Love” was originally a short film you did back in 2007; what made you turn it into a feature?
Anton King: The “Lust for Love” short was one of the first films I made, it’s a sex comedy that played at the Melbourne Underground Film Festival a long time ago. I just always liked the title so I decided to reuse it.

MG: Tell us about how you financed the entire film from your Kickstarter campaign?
AK: We were blessed with the support of our Kickstarter backers and many volunteers who contributed to the production, however like most independent films Lust for Love took longer and cost more than anticipated. After shooting the film we obtained other investment necessary to complete and deliver it, although we’re still very proud of what we were able to achieve given our limited budget. 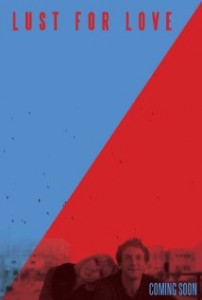 MG: Tell us how you got Fran Kranz and Dichen Lachman and many others from the “Whedonverse” involved with the film including Enver Gjokaj, Miracle Laurie, Maurissa Tancharoen and Felicia Day?
AK: I think the performances in Lust for Love are definitely one of its best attributes, and we were certainly lucky to get such a great cast. I’ve known Dichen and Caitlin since they played sisters together on the Australian show “Neighbours”, and I got to know the “Dollhouse” cast through Dichen. I was even fortunate enough to shadow the director Félix Alcalá for one of the episodes of “Dollhouse”. Maurissa asked me if I wanted to direct the music video for her song “Remains” and we cast Fran in that too. When Dichen and I were casting “Lust for Love” we just chose great actors we knew that were available, so the cast is a mix of people she’d worked with on “Dollhouse”, and some Australian actors we knew. We also cast Karim Saleh who’s just an endlessly entertaining close friend of ours and Beau Garrett who Fran recommended.

MG: Honestly, I am not a big romantic comedy fan but you blend the two so well; tell us about this achievement?
AK: With both I just tried to keep it organic and not to overplay anything, but of course it’s difficult when you’re working in a genre that has no real darkness. It’s no coincidence that two of the most respected romantic comedies “Annie Hall” and “(500) Days of Summer” are actually about couples that aren’t supposed to be together and that don’t end up together. I also think that Lust for Love is helped by the fact that it’s about one guy chasing lots of girls rather than just one girl.

MG: Love the music in the film for example Jed Whedon and Jack Savoretti; tell us about that aspect of the film?
AK: The music supervisor Brienne Rose and I worked really hard to find the right songs for the film and Dichen came up with quite a number of selections too. While our composer Darren Morze created many wonderful pieces. It was a long process of trial and error, but for a film like this the music’s really important. Jed and 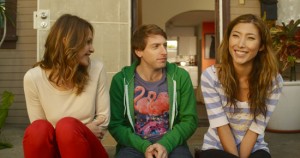 his wife Maurissa were really supportive of the film and let us use both “Tricks On Me” and “Heat Of A Match” which are two of my favorites from Jed’s album “History of Forgotten Things”. We were also contacted through Kickstarter by Ryan Darton who allowed us to use songs from his album “I Am A Moth”.

MG: You juggled quite a few hats with this film; what was your biggest challenge?
AK: Perhaps the biggest challenge in making “Lust for Love” has been dealing with the sheer volume of work and the fact that it continues for so long. With such a small team and budget there’s been a lot we’ve had to do ourselves. Creatively, screenwriting is of course endlessly challenging, and we spent quite a bit of time in the edit making sure the non-linear narrative was clear.

Tell us how and where can fans see this film and what do you have planned next?
AK: “Lust for Love” is available on VOD and iTunes from Feb 7 in the US and Canada with DVD and foreign releases coming soon.