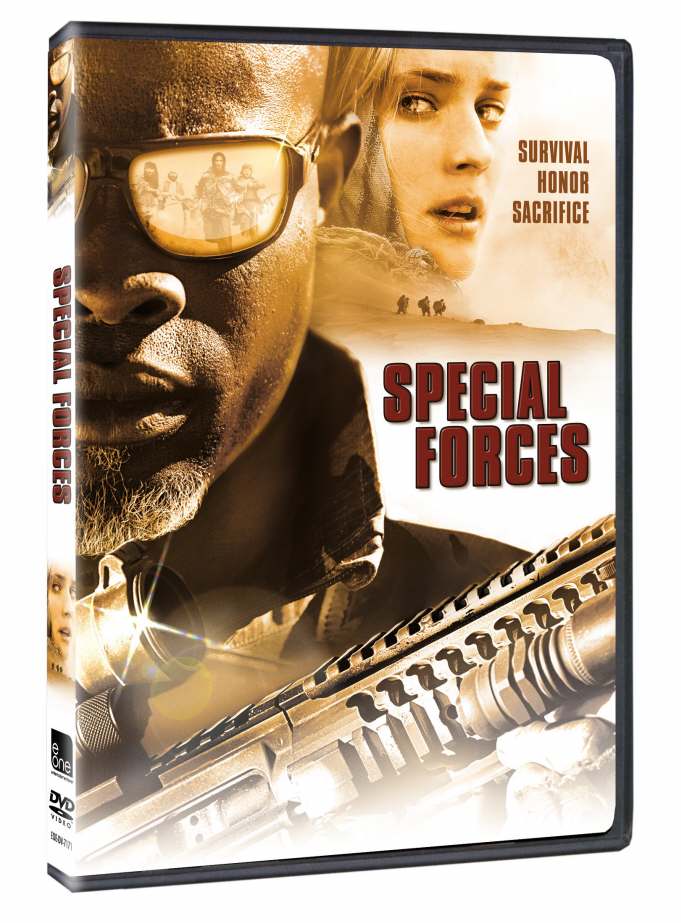 To celebrate the release of of “Special Forces”, Media Mikes would like to giveaway TWO copies of the film on DVD. If you would like to enter for your chance to win one of these great prizes, please leave us a comment below or send us an email indicating your favorite war film. This giveaway will remain open until March 8th at Noon, Eastern Time. This is open to residents of the United States only. One entry per person, per household. All other entries will be considered invalid. Media Mikes will randomly select winners. Winners will be alerted via email.

In the acclaimed 2012 theatrical film, an elite French military unit takes on the Taliban in a desperate hostage rescue mission; it stars Diane Kruger (Inglorious Basterds, Farewell, My Queen) as kidnapped journalist Elsa Casanova and Academy Award® Nominee Djimon Hounsou (Gladiator, Blood Diamond) as the lead commando, Kovax. After the team manages to free Elsa, their radio is destroyed in a firefight. Now, deep behind Afghan enemy lines, the group faces the ultimate challenges of survival, honor and sacrifice as they try to outrun their pursuers through the treacherous mountains of the Hindu Kush.