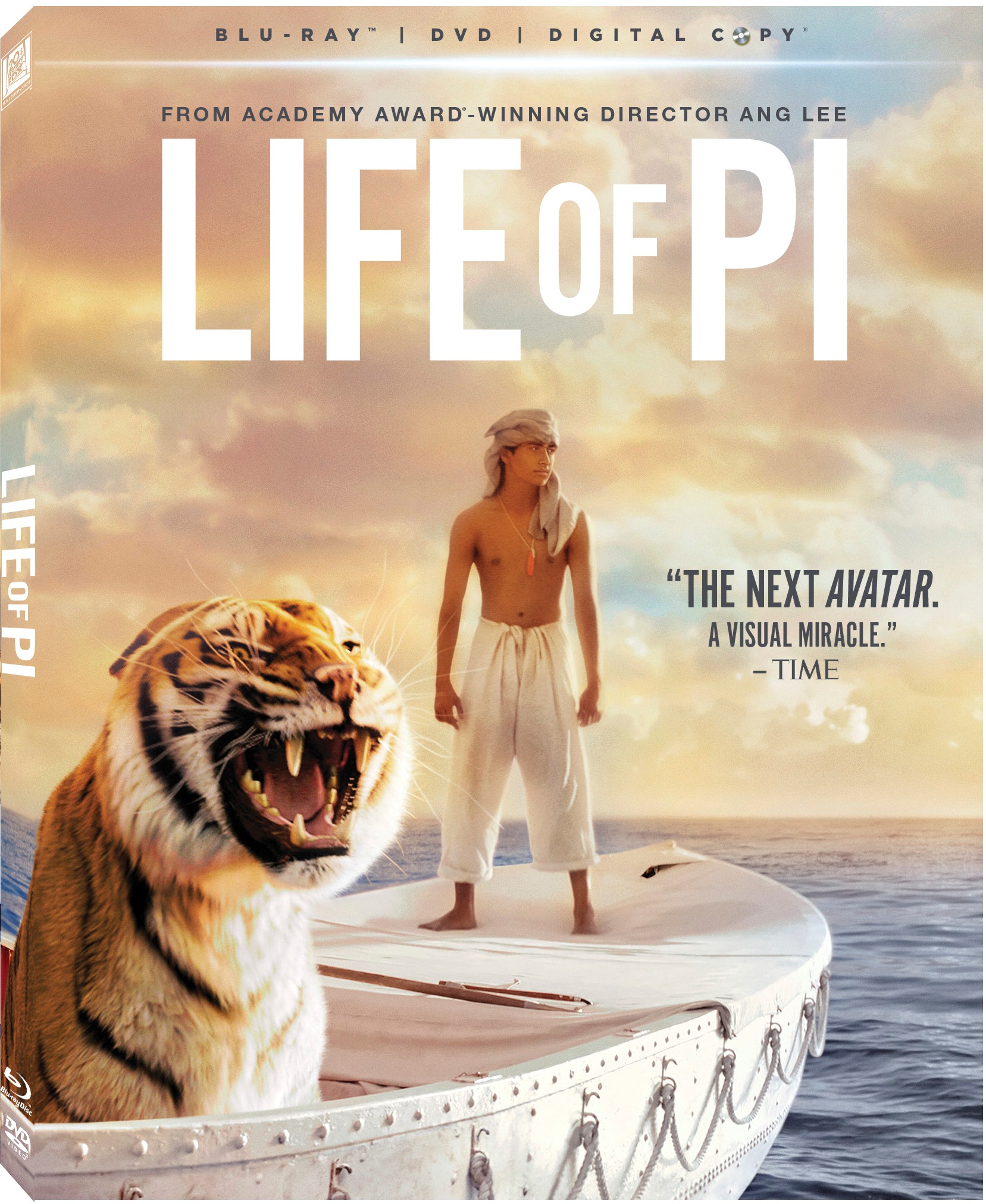 “Life of Pi” Available on Blu-ray and DVD March 12

To celebrate the release of Ang Lee’s visual masterpiece “Life of Pi”, Media Mikes would like to giveaway a Blu-ray to its readers. If you would like to enter for your chance to win one of these great prizes, please leave us a comment below or send us an email indicating your favorite film based on a novel. This giveaway will remain open until March 22nd at Noon, Eastern Time. This is open to residents of the United States only. One entry per person, per household. All other entries will be considered invalid. Media Mikes will randomly select winners. Winners will be alerted via email.

A “magnificent and moving” (Peter Travers, Rolling Stone) motion picture event that has been hailed as “a masterpiece” (Betsy Sharkey, Los Angeles Times), taking in over $500 million in worldwide box office. LIFE OF PI follows Pi Patel, a young man on a fateful voyage who, after a spectacular disaster, is marooned on a lifeboat with the only other survivor, a fearsome 450 lb Bengal Tiger named Richard Parker. Hurtled into an epic journey of adventure and discovery Pi and his majestic companion make an amazing and unexpected connection.

One of the latest developments in the world of home entertainment is the introduction of 3D Blu-ray. Ang Lee made the most of 3D technology in the making of Life of Pi, which is being released on 3D Blu-ray March 12. The 3D Blu-ray will allow select bonus features to be seen in 3D, which is a first for the market. In this feature, we’ll take a closer look into at-home 3D technology and how it is evolving.

All the major studios now release their blockbusters on 3D Blu-ray. Popular 3D titles from 20th Century Fox include Avatar and Prometheus and with older titles such as iRobot now re-mastered for 3D Blu-ray release it looks like we will be viewing more and more of our favourite 3D films at home this year.

When 3D HDTVs were first sold in 2010 many believed that TV technology had reached its peak. However, TV giants such as Samsung, LG and Panasonic and Sony were already looking ahead. They immediately began work on passive 3D glasses, similar to what audiences use in the cinema, which were more comfortable than the chunky active-3D glasses, which consumers had to sync with their TV in order to use.

This was certainly a welcome step forward for consumers but the electronics companies were just getting started. In 2012 we witnessed the first glasses-free 3D HDTV. This marked a huge breakthrough for at-home 3D but there were still problems. For example, each person watching had to sync their position with the TV to ensure clear viewing, which proved tiresome in big groups.

Price remains the biggest barrier to consumer conversion to glasses-free 3D TV. These products are, on average, $10,000 more expensive than your run-of-the-mill passive or active 3D HDTVs, which means you are unlikely to see them in your friends’ living room anytime soon.

Another key area of growth with at-home 3D technology is mobile, with a growing number of laptops supporting 3D movie playback and video gaming. Tablets and smartphones are also expected to enter the market featuring glasses-free 3D entertainment in the next few years.

A good example of a company bringing 3D technology to laptops is the Dutch company Dimenco. They were behind a recent promotion involving glasses-free lenticular screens in London and have also developed a lenticular attachment for the MacBook Pro which will offer glasses-free 3D on a Retina-display laptop: the ideal place for it, since there is no problem with multiple viewing angles.

So what should we look out for in 2013? 4K technology has been on our cinema screens since 2007 but will be entering the home in 2013. 4KTVs will have a mind-blowing 8 million individual pixels and some brands will even allow users to play 2-player games with no split-screen. The $24,999 price-tag means you won’t be seeing many 4KTVs around but with at-home 3D technology evolving at such a pace, it won’t be long before you can watch your Life of Pi 3D Blu-ray in 4K at home.