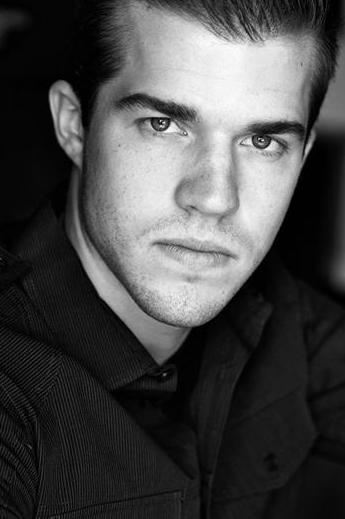 Eric Walter is the director of the new film surrounding Long Island, NY’s famous haunted house with the documentary  “My Amityville Horror”. The film gets a first hand revisit the former house resident Daniel Lutz, who was only 10 during the events back in the 70’s. Media Mikes had a chance to chat with Eric about the film and working with Daniel Lutz.

Mike Gencarelli: What made to you want to get involved with “My Amityville Horror”?
Eric Walter: To present a new perspective on the events in Amityville was my initial motivation. Daniel Lutz is the first of the Lutz children to come forward with his entire account of what he claims happened inside that house, so this was an extraordinary opportunity to explore these allegations with someone who was there. However, once I got to know Daniel, it was apparent he still wears the scars of The Amityville Horror to this day and has been unfortunately forever damaged by whatever happened to his family inside that house. I’ve also had an obsessive interest with this case since I was child. Reviewing the years of heated debates surrounding both the DeFeo murders and the Lutz haunting, I couldn’t help but be fascinated by the personalities that surround it and their apparent desire to defend their part of the story. This controversy would have never continued if the original participants weren’t still so entangled within it. In January of 2007, I launched AmityvilleFiles.com, an enormous online archive of Amityville-related research. I wanted to create an unbiased presentation of the known facts surrounding the case – somewhere people who are interested in these events could go and read through the original newspaper articles, view media and essentially draw their own conclusions on what they believe went down in that house.

MG: What are your thoughts on the events that took place at 112 Ocean Avenue?
EW: I believe that something very real occurred to the Lutz family that truly frightened them. I believe that they believed the house was haunted. I don’t believe their account was a complete hoax created for profit or attention, however there are 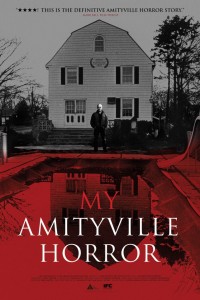 inconsistencies that make it a difficult picture. How many of their stories were real or possibly elaborated upon, no one will ever know. Their accounts have been lost in over 35 years of misinformation about the story and media exposure that have clouded the truth. This is why I felt it very necessary to allow Daniel Lutz to speak openly in the film, giving him an objective stage to do so. In many ways, I think his account has only deepened the mystery.

MG: How did you get in touch with Daniel Lutz?
EW: AmityvilleFiles.com proved to be the calling card for what became “My Amityville Horror.” I was contacted by a contractor in the New York area who claimed to be a friend of Daniel Lutz. Despite being very intrigued, I didn’t necessarily believe this man’s claims until I was able to see a picture of Daniel. After this, I knew this had to be him and I went about engaging in conversation with them. In 2009, I traveled to New York and conducted nearly 12 hours of audio recordings with Daniel.

MG: Tell us about your experience working with him.
EW: Working with Daniel has been very challenging at times. He’s very angry and difficult to approach at first. My immediate impression was that his willingness to speak to me was almost therapy for him — a way of unburdening himself of these stories that have lived inside his head for over 35 years. He was struggling to differentiate his point-of-view from the public’s perception of the story. Many of his memories seem to be skewed by the media fiction that surrounds these events. The subject of memory came heavily into play when listening to his account. For me, this started to transcend the Amityville topic and touch on a broader issue – the challenge of someone attempting to comprehend the unexplained. That’s what I hope people really take away from the film. This is something that has psychologically damaged and impacted this person. Whether it’s true or not, he believes it’s true.

MG: Some of the questions you approach him with are quite tough—were you ever concerned about that?
EW: There’s such intensity with him about this topic that I was constantly aware of how far to push him on certain questions. I never shied away from asking hard questions, but it was process of being conscious of when to ask certain things. He definitely does not like discussing Amityville and becomes very tense and angry when exploring those dark areas of his childhood. Looking 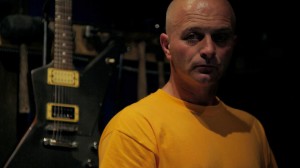 back, I’m amazed I was able to capture as much as did within the film.

MG: What was your biggest challenge with working on the documentary?
EW: I’d have to say bringing all of the subjects together into one film was the greatest challenge. We tried very hard to interview Daniel’s other two siblings, but there’s such pain surrounding this time in their life, the remaining family members choose not to speak about it anymore. As filmmakers, we had to respect this, but it’s difficult because you desire that corroboration for the film. They seemed to have moved on from it more than Daniel apparently has. For me, obtaining all of the necessary witness testimony was the greatest challenge in producing this film.

MG: What do you have planned next?
EW: I’m currently in development on another feature documentary concept. The realm of the unexplained is what fuels my desire to make films, so I plan to stay in this field of study. I’m very interested in the combination of narrative and documentary and how these styles can be used to enhance the storytelling process. I’m looking forward to the opportunity to explore a variety of different subjects in the future and expanding my palette of work.