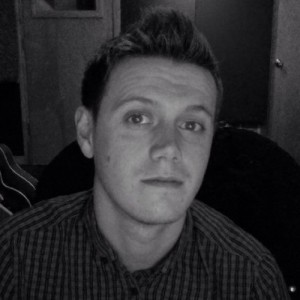 Will Pugh is the lead vocalist and rhythm guitarist for the pop-punk band Cartel. The Georgia based group is set to release their 4th full length album titled “Collider” on March 24th and Media Mikes had the chance to talk with Will recently about the 4 yr gap between albums and the groups upcoming tour with fellow punk rockers New Found Glory.

Adam Lawton: Can you give us the story behind the new album’s title “Collider”?
Will Pugh: We were really trying to come up with a name that resembled the sound of the songs on the album. We went for a big sound on this record and are approach was to give things that epic type of sound. I am kind if a science nerd and at the time there was all this talk of a large collider heading towards earth. I got the idea that destruction brings about creation so there is sort of a symbiotic relationship between that. I felt it was very akin to the writing process especially with this being our fourth album. We had to break down a lot of barriers that we had towards writing. We all had a lot of ideas going in to the writing process of this album but we knew they all couldn’t make it to the table. There was collusion between us in making something new so that’s where the whole “Collider” idea came from.

AL: Did the long break between albums cause you guys to go about the writing process differently this time around?
WP: Not really. We had done the “Stereo” EP in 2011 and things were pretty similar to how we did things on that release. We didn’t have a label or anyone telling us how we should sound or do things so basically we were our own critics. That I think made us work harder. Sometimes when you are writing material and submitting it to a label you let things go that maybe aren’t the best as they could be because you don’t want to say anything to the rest of the band. You instead let the record people say it. We really worked hard on “Collider” and flushed everything out in a short amount of time.

AL: Was it hard going back in to the studio without a label behind you?
WP: We had been doing shows and working together but we all just got bored of doing the same stuff. We still felt the creative drive was there to do something and we had more songs to bring. We had quite a few left over songs from past albums that never made it to being finished and those are what ultimately ended up on the EP from 2011. Everything went along pretty easily with the new album. I produced and engineered it so we didn’t have to worry about who was going to do that. The hardest thing was just scheduling things and making sure we could pay for everything. (Laughs)

AL: Did you find it harder producing your own band rather than someone else’s? 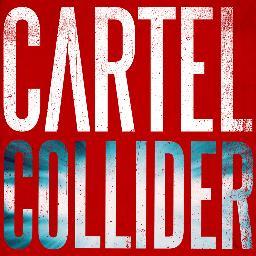 WP: Yes and no. The hard part sometimes can be telling your own band members that a certain part might not work but at the same time I have known these guys for 13 or 14 years. There is a trust that makes it possible to say things like that to one another. I had a hard time deciding if my parts were the best they could be. Not having that outside ear can be a little difficult. I would have to step away from things for a bit and then come back later and go over it again. When you are working with someone else’s band you are doing all that stuff already and trying to get the best sound you can. With working on my own bands album I have the big picture already of how things should sound. It’s then just a matter of making yourself work hard enough to get to that point and meeting those expectations.

AL: Can you tell us about the upcoming tour with New Found Glory?
WP: We have known those guys for a long time. We had been looking for a good tour to help support the album because you have to get out there. We didn’t think doing a headlining tour right off the bat was the smartest idea as we haven’t been touring in awhile. We really wanted to do a support tour first so around the same time that we decided we wanted to do that the New Found Glory offer came out. We will be going all over the upper part of the country including shows in Canada. The tour ends in San Diego and then we head back out on our own headlining tour. That will be around late June and from there we have plans to hit Australia, Japan and the UK sometime during the summer. There are so many bands putting out good records so there are lots of opportunities to get out and play.