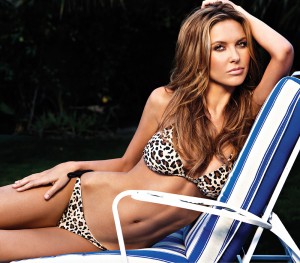 Television personality Audrina Patridge is probably best known from the hit reality series “The Hills” where she was one four original cast members. Since the show has ended Audrina has appeared in her own reality series as well as several movies such as “Sorority Row” and “Into the Blue 2”. Media Mikes had the chance to talk with Audrina recently about her appearance at this year’s Maxim Beach Party and her upcoming role in “Scary Movie 5”.

Adam Lawton:  Can you tell us about the Maxim Spring Break event?
Audrina Patridge: This is my second year doing the event in Panama City Beach Florida. I am the grand ambassador for Curve Appeal perfume and cologne. Maxim Magazine and Curve teamed up to put on this Spring Break party. The event features a giant stage built right on the sand next to the ocean. It is really beautiful. There is going to be a bunch of different contests held throughout the break such as hula hooping, push-up contests and of course the booty shake contest. This was one I judged last year and a guy was actually the winner. It is so much fun to see everyone out there having fun. You get to see people of all ages out there. There are also lots of Curve models walking around handing out samples so that not only do the guys and girls on break look good but they smell good as well.

AL: How did you become involved with Curve?
AP: I have always been really big on fragrance as I think it’s important to leave a lasting impression. I get a lot of compliments on the smell of the fragrances and am a really big fan myself. It’s great that we have been able to partner up.

AL: What do you like most about going to Spring Break each year? 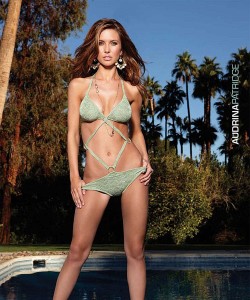 AP: I love traveling and have had so many great opportunities to do so. I like getting to meet all the different people as well. I am 27 now and I think everyone deserves a Spring Break no matter how old you are. Fortunately I get to be a part of this and it is just so much fun. Being down here takes me back to my early twenties. It’s just a fun time.

AL: Will you be doing any promotion while you’re down there for “Scary Movie 5”?
AP: I am just there for the Spring Break Party but “Scary Movie 5” comes out April 12th. I did a cameo in the film which was a lot of fun. We filmed my piece in Georgia at this huge, beautiful mansion that was really old. I can’t wait to see how things turned out.

AL: Do you have any other projects coming out that we can be watching for?
AP: Nothing that I can talk about just yet. Everyone has to make sure they get some Curve Appeal and go see “Scary Movie 5” on April 15th.