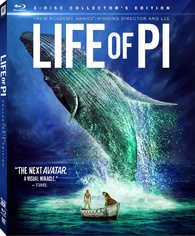 Wow! Wow! I think that about sums up my review. I have to admit I did not see this film in theaters. Not for the last of interest, just never hard the opportunity.  Boy, was I missing out.  “Life of Pi” was absolutely stunning.  I do not even think though that that is enough of a comment to describe how amazing it is.  But beyond being an amazing movie, this was the best 3D that I have seen, or at least since “Avatar”, especially on Blu-ray. “Life of Pi” is such a visually amazing film.  And how about the performance from newcomer Suraj Sharmaread, where the hell was his Oscar nomination.  Ang Lee won Best Director at this year’s Academy Awards, check out our interview with him here, which he well deserved. Do not miss this film and it is a must see in 3D. Highly (x2) recommended!

Official Premise: Embark on the adventure of a lifetime in this visual masterpiece from Oscar winner Ang Lee, based on the best-selling novel. After a cataclysmic shipwreck, young Pi Patel finds himself stranded on a lifeboat with the only other survivor – a ferocious Bengal tiger named Richard Parker. Bound by the need to survive, the two are cast on an epic journey that must be seen to be believed.

“Life of Pi” is already hands down my favorite Blu-ray release of 2013 already. Fox really delivered the goods here. It comes as a combo pack with a Blu-ray 3D + Blu-ray + DVD + Ultraviolet Digital Copy. This film is like I said really meant to be seen in 3D. In fact if you don’t have a 3D TV and where on the fence, this would be the film to push you over! I have never experienced a film like this before. From the moment the film started I sat on my couch speechless with my mouth wide open at the amazing visuals that were coming off my television screen. The 1080p transfer is just stunning and perfectly represents the 3D. Don’t get me wrong it also looks stunning in 2D but the visual aspect is drastically reduced. Kudos go to the incredible cinematography from Oscar nominee Claudio Miranda (“Tron: Legacy”) for this visual masterpiece.

One thing I wanted to point out with the video was there was a sudden change in the aspect ratio during the “flying fish” scene. The aspect ratio jumps the normal 1.85:1 to 2.35:1. I liked this change because during that scene, one of the fishes seem to actually jump out from beyond the black border on the bottom and into the film itself. I was blown away. ”Life of Pi” besides looking absolutely stunning on this release, it also sounds perfect. The fast and furious DTS Master Audio 7.1 surround audio track is a thing of beauty in itself. This works perfectly with the film’s action and events surrounding it. You literally can feel like you are in the storm or the tiger is actually about to attack right behind you. Top that with Mychael Danna’s Academy Award-winning score and you will be left applauding at the end of the film like myself.

The special features are also another spectacular edition to this release. With big name Blu-rays coming out with little or no extras (*cough* “The Hobbit” *cough*), this is a real treat. First since I was in love with the 3D aspect of this film, I almost fell over when I saw that their were actually 3D special features! Don’t bother re-reading that sentence, it is true! There are five deleted scenes, which total up just shy of 15 minutes. I really enjoyed the “VFX Progressions” in 3D, which shows the ship sinking sequence in various stages. There is also a montage of footage during the production of the wave tank used. Lastly there is a 3D Theatrical Trailer. All of these extras can also be played in 2D as well for those lacking the extra dimension, but what fun is that?

If you enjoyed this film or want to learn more be sure to check out the brand new microsite for “Life of Pi”, and explore Pi’s miraculous journey and how the film came together here. 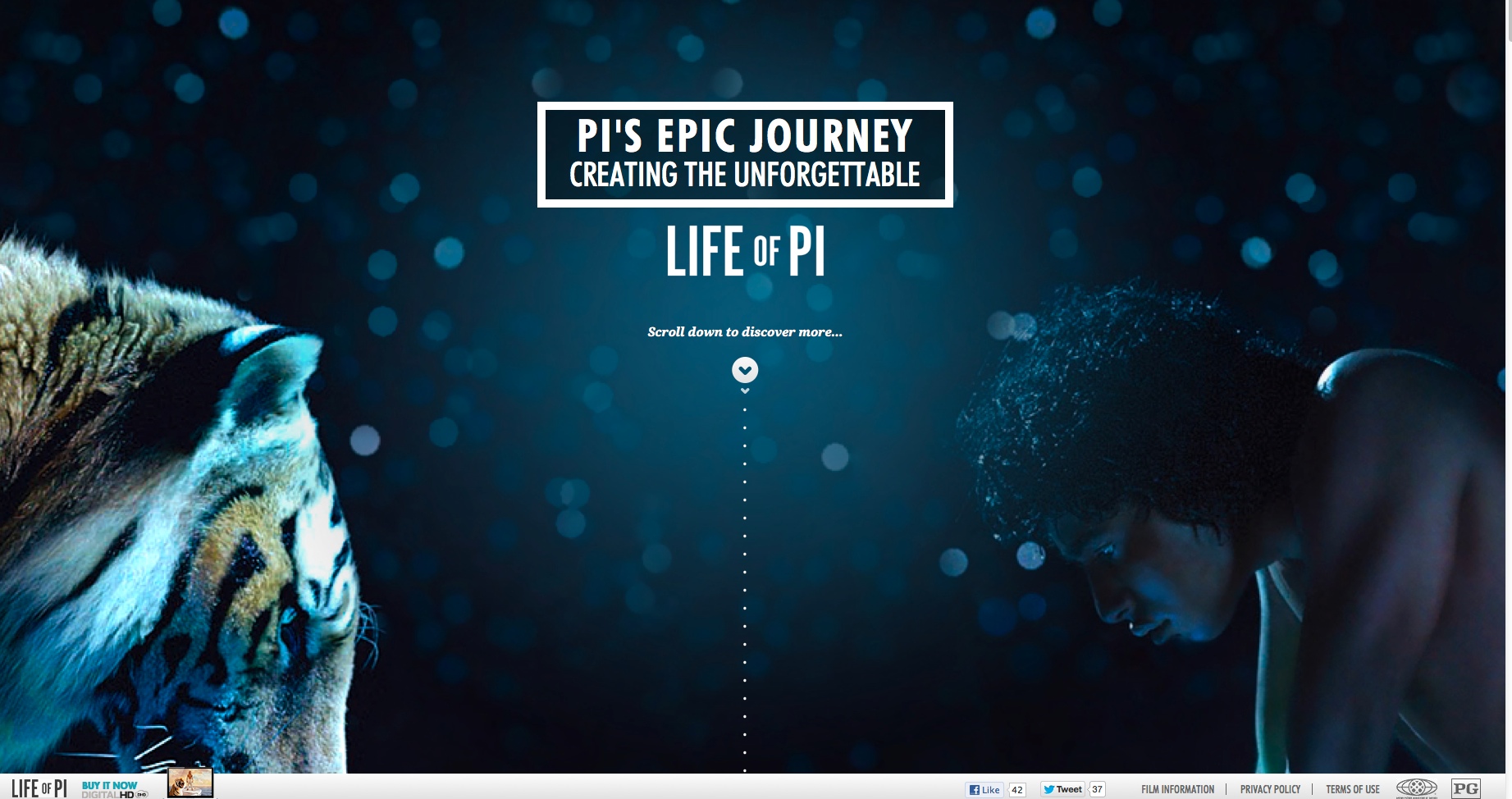 Also check out the internationally recognized American chalk/street artist Tracy Lee Stum who brought her spectacular interactive 3D street drawing to L.A. in Downtown Los Angeles from March 9-12. She paid tribute to Life of Pi, in honor of the March 12 home entertainment release. The drawing was inspired by a key scene from the four-time Academy Award-winning film.