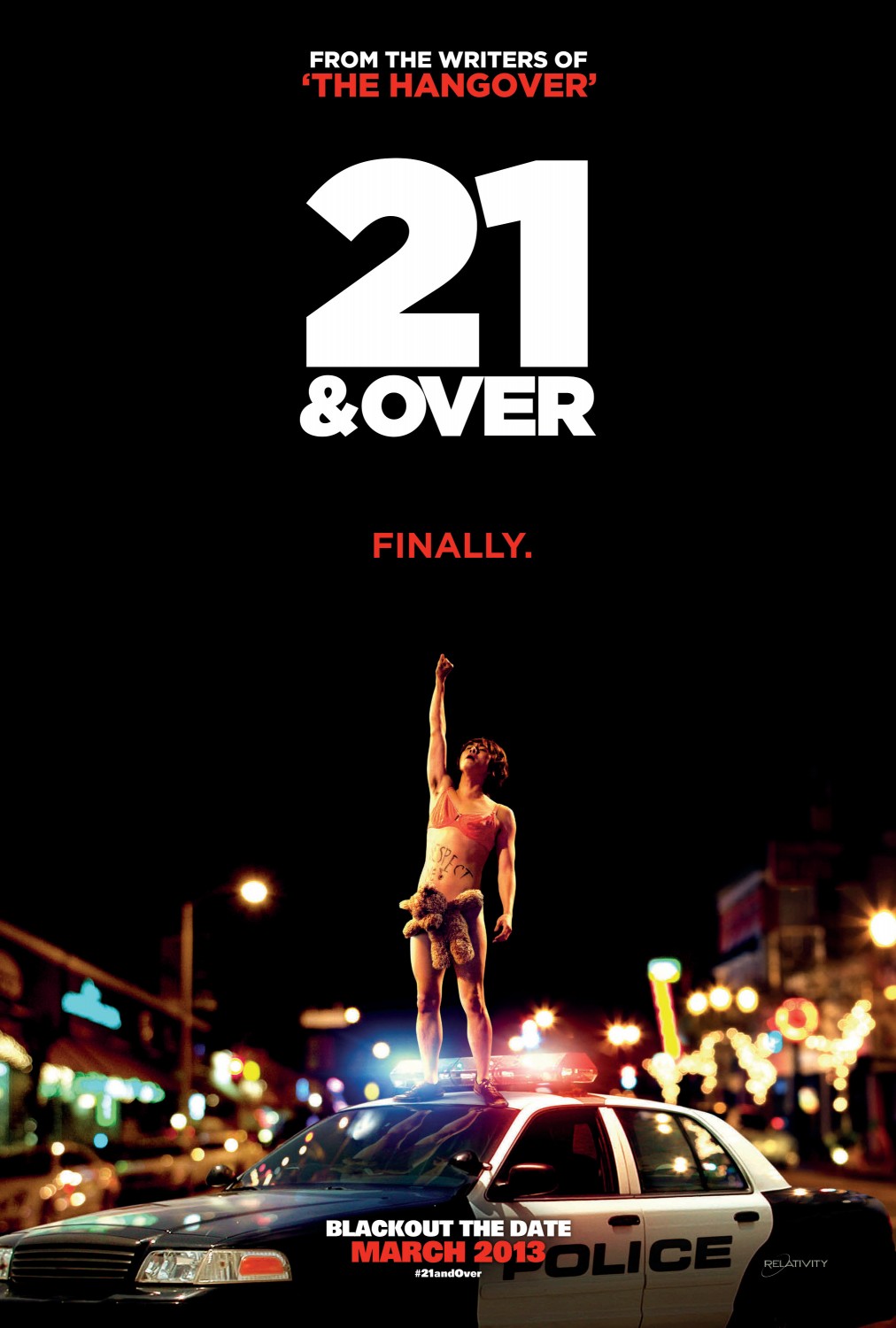 To celebrate the release of Relativity Media’s comedy, 21 AND OVER, which was written and directed by The Hangover’s Jon Lucas and Scott Moore and stars up and comers Miles Teller, Skylar Astin and Justin Chon. Media Mikes is excited to to give an awesome prize pack for the film filled with great stuff (see below for details). All you have to do is let us know, in a few sentences, your all-time favorite comedy and why? The giveaway will be open until March 8th. One entry per person, per household. All other entries will be considered invalid. Once the giveaway ends, Media Mikes will randomly pick out winners and alert the winners via email.

The prize pack would include the following items:
(1) sweatshirt (pictured below)
($30) giftcard to Fandango
(1) signed poster