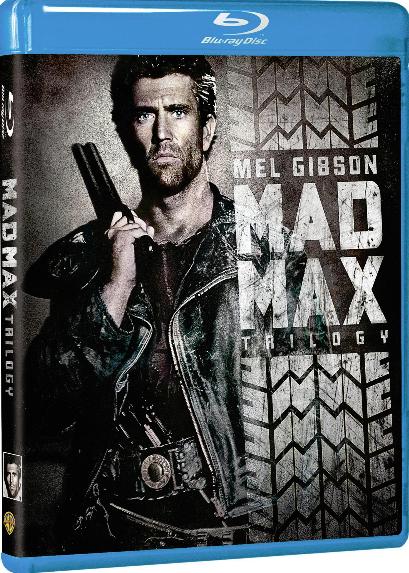 Mel Gibson Stars in the Franchise that Made Him a Star

Burbank, Calif. February 25, 2013 – Mad Max, the sci-fi franchise that introduced Mel Gibson to the world, will come together for the first time as a Blu-ray collection when Warner Bros. Home Entertainment (WBHE) debuts the Mad Max Trilogy on June 4th.

The three films – Mad Max (1979), Mad Max Road Warrior (1982) and Mad Max Beyond Thunderdome (1985) – are all set in the near-future in Australia. From the very first film, Oscar® winner George Miller (Happy Feet, 2006) proved a master at creating the gritty, bleak dystopian world and staging the incredible car stunts and crashes in the era when stuntmen, not computers, achieved the effects. All three movies starred Mel Gibson, virtually unknown until after the second film, as Max Rockatansky, a highway cop traveling through the Outback in a society descending into chaos. The films started Gibson on his road to international superstardom, led to his signature Lethal Weapon series, and later two Academy Awards® for his roles as producer and director of Braveheart(1995).

This must-own collection for action fans is available in limited premium tin packaging and makes a perfect gift for Father’s Day. The collection will sell for $49.99 SRP on Blu-ray Disc™. Mad Max Beyond Thunderdome, which is making its Blu-ray debut, will also be available as a single along with Mad Max Road Warrior. Order due date for all is April 30th.

George Miller’s first entry in the trilogy, Mad Max packs brutal action and insane stunts as it follows the inevitable downfall of relentless cop Max Rockatansky (Gibson) in a world gone mad. Living on the edge of an apocalypse, Max is ready to run far away from it all with his family. But when he experiences an unfortunate encounter with a motorcycle gang and its menacing leader, the Toecutter, his retreat from the madness of the world is now a race to save his family’s life.

The sequel to Mad Max, Mad Max Road Warrior provides action-packed, “automotive” entertainment, telling the story of a selfish-turned-selfless hero and his efforts to protect a small camp of desert survivors and defend an oil refinery under siege from a ferocious marauding horde that plunders the land for gasoline.

THE MAD MAX TRILOGY ON BLU-RAY