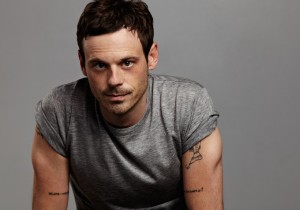 2012 has been a busy year Scoot McNairy co-starring in three major films including “Argo”, “Killing Them Softly” and “Promised Land”. Scoot broke out last in 2010 with his role in Gareth Edwards’ “Monsters” (brilliant film BTW). Media Mikes took out some time to chat with Scoot to chat about 2012 and what he has planned for 2013.

Mike Gencarelli: You got to work with Brad Pitt in “Killing Them Softly” and Ben Affleck in “Argo” and Matt Damon in “Promised Land”, how was it going up against these actors?
Scoot McNairy: Not sure what it means to go up against these actors. I feel more like its an opportunity to work WITH these actors. I have watched ALOT of films over the last 20 years and some I watch over and over again. Most of these films in the past that I really loved have had Matt or Ben or Brad in them. So I was just really excited to be working with these guys based on the films that I had seen them in over the years. It was a great experience on all three of the films. I’m just really looking forward to working with them all again in the future.

MG: Your role in “Argo” as Joe Stafford was quite intense 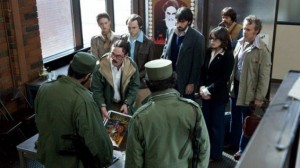 and emotional; tell us about working on this film?
SMN: “Argo” was such a great experience. Working with everyone on that film down to the crew and the cast because you really felt like everyone really wanted to be there and were very happy to be on that job. Ben is an incredible filmmaker not just with “Argo” but his other two films as well. As far as the emotional aspects or the intensity, I think it was an emotional and intense time so we were all just trying to capture that and i think Ben did a great job at doing that.

MG: Out of the three roles, what was your most challenging and how did you prepare?
SMN: Well “Promised Land” was a role that felt very close to home for me being that I spent a lot of my childhood on a farm in Paris Texas. So that was really drawing from what I knew. 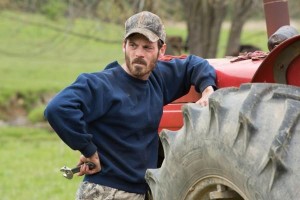 “Killing them Softly” was most challenging just based on I felt as though I had a lot riding on that film. I was a big fan of Andrew’s (Dominik) last two films, so I just wanted to focus on the work and be on point for Andrew. It was a lot of preparation during that film that I have blocked out of my head. As well we filmed that almost two and a half years ago now.

MG: After a high-profile 2012 year, what do you have planned for 2013?
SMN: I really looking forward to seeing Steve McQueen’s film “Twelve Years a Slave”. I had a wonderful time working with him. I’m also got a few others shooting this year called called “The Rover” and another film called “Frank”. They should be out end of 2013 or beginning of 2014.

One Reply to “Scoot McNairy chats about roles in "Argo", "Killing Them Softly" & "Promised Land"”