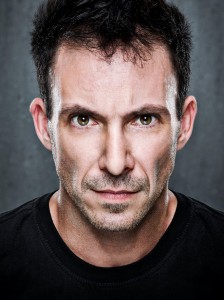 Noah Hathaway is know best for his film roles in “The Neverending Story” and “Troll” and TV roles in “Battlestar Galatica”. He is returning to film after a long break with his new amazing film “Sushi Girl” playing the role of Fish. Media Mikes had a chance to chat with Noah about his role in this film and what we can expect from the role and what he has planned next.

Mike Gencarelli: After such a long break from TV/film, why did you come back for “Sushi Girl”?
Noah Hathaway: I was living in Amsterdam with my now ex-wife.  I was tattooing, chilling and happy there. I am not crazy about the cold weather but the rest of Amsterdam is pretty awesome. We are talking about possibly going back to LA for pilot season that year but nothing serious.  A couple weeks later I got an email at 3am on Facebook from this producer.  He was asking if I would be interested in doing a movie with Tony Todd, Sonny Chiba and Mark Hamill.  Growing up with the films from Tony and Mark is amazing but when you are a lifelong martial artist and somebody asks you if you want to do a film with the closest living thing to Bruce Lee, I don’t know about you but I say “Yes!” [laughs].  We Skyped a quick couple page audition and I am sure the director wanted to make sure I could still read well.  Literally I was on a plane 6-7 hours later to start shooting.

MG: What did you enjoy most about playing the role of Fish?
NH: I liked that the Fish was kind of the innocent out of everybody.  The rest of them had this hard criminal past or experience, some more than others.  He wasn’t a good guy but still the most innocent out of the group. They gave some room to play around a bit and have some fun with the character.  It is a gangster movie and I love those.  The script was tight and exciting.  It also gives people a chance to get invested in more than just one character. 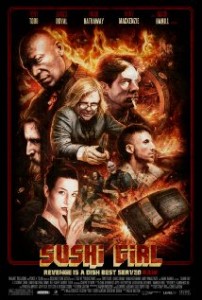 MG: You role is quite physical; tell us about the make-up effects used?
NH: We probably had about five hours of prosthetics used for a few days after the scene with Andy Mackenzie. Not going to give it away…after the stinky sock scene [laughs]. But they were really great instead of having me come to set; they would come to my hotel room at like 3am, wake me up and start the makeup. Prosthetics are not really my favorite thing but I was able to just nap in the chair.

MG: When we interviewed Mark Hamill, he commented on your “blood-curdling screams”; how did you channel that?
NH: When we were shooting it, the line producer, the camera girl and one of the assistant actually had to leave the set since it was so difficult to watch.  The screams that were coming out of my mouth were so horrid. They just left the set and couldn’t take it. Mark kept getting mad at me saying that I was going to ruin my voice. I said “Yeah, but I will win the Scream award for Best Scream but what do I give a shit”. [laughs] When you say “blood-curdling screams”, everyone was kind of freaked out when I let these out.  They just sounded so real and horrific. I did fuck my throat up for a good couple of months as well, I sounded like a pubescent boy. But it worked great with the ladies [laughs].

MG: How was it collaborating with such a fantastic cast?
NH: It is a weird movie to be involved in where you actually really like the people and want to spend time with the people you just worked with. That is a rarity. You hear so many horror stories with huge celebrities that won’t talk to each other.  We are still hanging out on weekends for BBQ’s. I am having the fight at my house this weekend with Tony, Jimmy (Duval), Andy, probably Mark and a bunch of the other guys including the director Kern (Saxton).  We are planning to just hang out have some drinks and watch the fight…and this is a year and a half later!

MG: I have a really this film is destined to become a instant cult classic; after being involved with “Troll” and “The Neverending 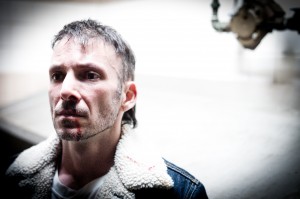 Story”; How can you reflect?
NH: I think I have just been lucky that having done some movies that have stood the test of time. I think that this is a cool enough movie that it will do the same thing. It might not make a gazillion dollars but it will be one of those movies that people talk about and watch over and over.  Ten years down the line I can see people saying “Man, remember that fucking scene from “Sushi”?” I think it will be one of those films. I think it all goes back to the quality of the directing and writing and a little bit of everything.

MG: What else do you have planned next?
NH: I did a short film for Tom Holland, who directed the original “Fright Night”.  He is coming out with his “Twisted Tales”, which is like “Twilight Zone”.  So I did the first one, which he thinks is his personal favorite. They are putting it through the festival circuit now and it is called “Boom”.  I play a retired Iraq bomb disposal grunt, who is losing his mind and accuses his wife and best friend of having an affair. I have movie also that I did with Jimmy Duval, that he provided called “Blue Dream” now; it’s had like five titles. So I have got a few things coming out but I am just really excited for “Sushi Girl”.  I have a feeling that people are really going to dig it.