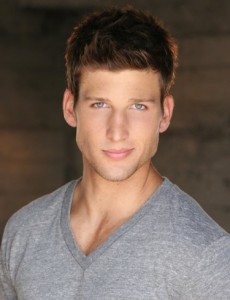 Parker Young plays the role of Ryan Shay on the ABC series “Suburgatory”. Media Mikes had a chance to talk with Parker about his work on the show and what may be in store for his character.

Adam Lawton: Can you tell us about your role on “Suburgatory”?
Parker Young: The show is basically about a father who moves his daughter from the city to the suburbs after finding a box of condoms in her room. Little does he know that the town they moved to is completely ridiculous and filled with a bunch of insane characters. It’s not as perfect as he had imagined. My character Ryan Shay is the first boy that Tessa the daughter meets. I am the high school jock and Tessa and have a little bit of a fling. She finds out I am super dumb and realizes she was only attracted to my body. (Laughs)

AL: How did you initially get involved with the show?
PY: I went through the standard audition process after receiving the script. The role is obviously a high school jock role and there were a bunch of younger looking guyswho also had shown up to read for the part. I didn’t think I had a shot because I thought I looked just a little too old. I met with the casting director and the audition went great. I met with a few more people involved with the show and ended up getting the phone call telling me I was the guy.

AL: What do you like most about playing the character of Ryan? 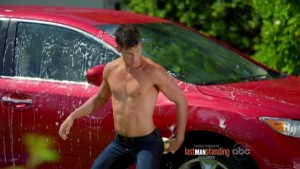 PY: It is so much fun. I enjoy the freedom of the character. Originally when I auditioned the character wasn’t so dumb and innocent. He sort of became that way. I am happy with the character and how he is so child like. Ryan gets to say what’s on his mind. It’s just a fun character to play and I think the writers have fun writing for the role.

AL: What can we expect to see from your character this season?
PY: There is an episode this season called “The Body”. I am the body. (Laughs) Ryan has been trying to prove to Tessa that he is the guy for her. You can expect to see Ryan make another attempt and winning over Tessa. There also is an episode where my character is hurt during a wrestling match which leads to Ryan being disowned by his family. George takes Ryan under his wing and teaches him a thing or two. In the future Ryan is going to use his new arsenal of good to win Tessa over.

AL: How does working on this show compare to your work on previous films and television shows?
PY: This show has been such a blessing. I have learned so much and developed some great relationships. You become part of a family. It’s a fun creative process.

It’s a cool experience to watch everything unfold. I feel very close to all the actors and our crew is amazing. I think the show has hit its stride as of late.

AL: What was it like working on “Gingerdead Man 2”?
PY: (Laughs) at the time it was great. I had just moved out west and it was cool to be out there and be in a film. Looking back on that now I am not too sure what I was thinking. (Laughs)

AL: Do you have any other upcoming projects?
PY: We are just wrapping up the 22nd episode of “Suburgatory”. When that is completed I will have the time to start looking for new projects. There are some things set to air however I can’t say anything about those right now. I will be ready for pilot season and hopefully auditioning a bunch. I can’t wait to see what’s next.

One Reply to “Interview with Parker Young”