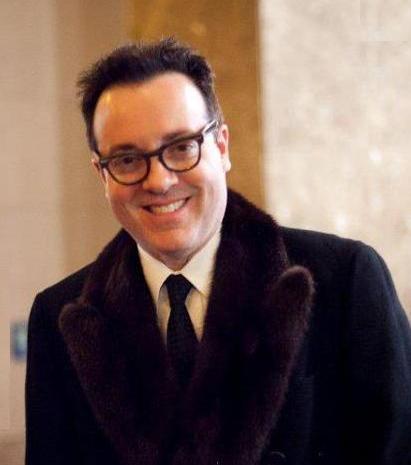 Paul Bunnell is the writer and director of the new film “The Ghastly Love of Johnny X”. The film is tribute to the 50’s B&W sci-fi genre. It recently premiered at the Cinequest Film Festival. Media Mikes had a chance to chat with Paul about his film and it’s road to the big screen.

Mike Gencarelli: Tell us about the origin behind “The Ghastly Love of Johnny X”.
Paul Bunnell: “Johnny X” came about after a few failed attempts to get other projects off the ground. Time had been ticking away and I felt too much of it had been wasted since the completion of my previous film, “That Little Monster”. I wanted to make a movie that would be completely original and fun — a movie with all the things I love: drive-in theaters, diners, movie palaces. It was kind of like my life all rolled into one movie. It’s who I am.

MG: How did you manage to pay homage to the 50’s B&W sci-fi genre without spoofing it entirely?
PB: By simply being sincere and true to the things that I love and what the characters in the movie love. It’s their world. They (the characters) aren’t making fun of the things in their universe. I had the actors play every line of dialogue with the utmost sincerity. That’s the key. Believability.

MG: How were the songs in the film created and were they difficult to shoot? 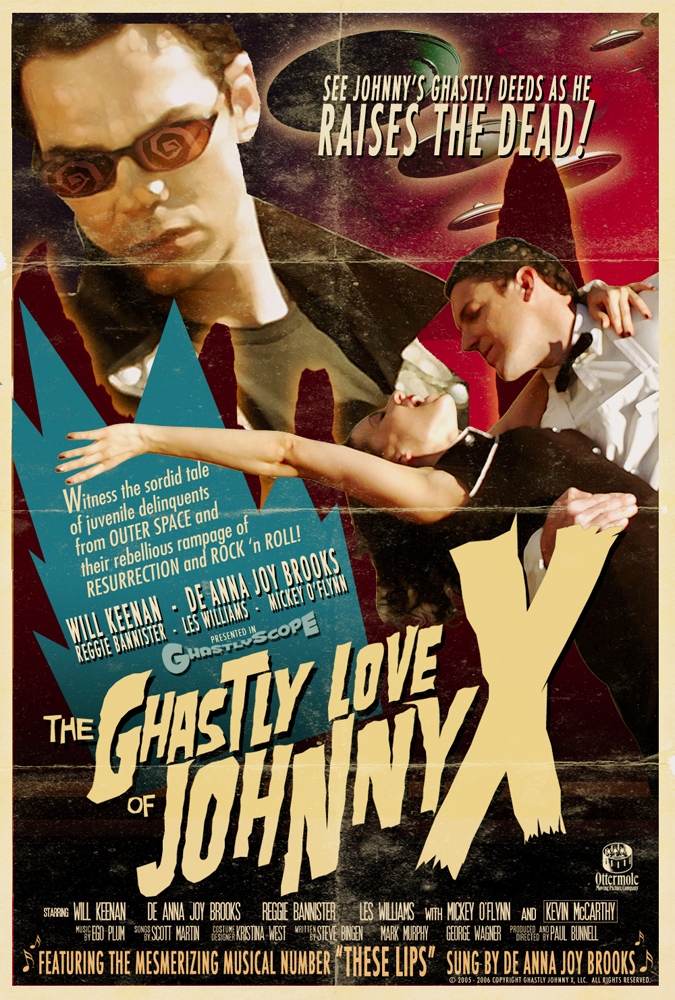 PB: The songs began as an afterthought to the story. I wasn’t always happy with parts of the script. I felt it either needed to be trimmed or rewritten. I decided to try out one song, which Scott Martin wrote. I loved it so much that I started combing through the script to find other places to switch out dialogue with a musical telling of the story. This became the rule: the songs had to move the story forward or they would not be in the film. Period. The only time where a song does not move the story forward is when Mickey O’Flynn (Creed Bratton) sings, but he is performing the song in concert. The songs in Johnny X were not any more difficult to shoot than the rest of the movie. One thing was certain, the crew seemed to be having fun whenever we had a song to shoot. So if anything, they were a breeze.

MG: How did you get Will Keenan, Kevin McCarthy and Reggie Bannister involved?
PB: Will Keenan was suggested to me by filmmaker Ramzi Abed. I saw Will’s reel on YouTube and decided to get in touch with him for an interview. I was not familiar with his work prior to meeting him but I brushed up before we met and screened a few of his “classics” like “Tromeo and Juliet”. He was an interesting fellow and had the exact look I wanted for the role, so I gave him the job. Kevin McCarthy was a guest at Cinecon, a classic film festival I attend every year with my wife. I introduced myself to Kevin and told him about my new project. After several phone calls and meetings he finally decided to take a chance on Johnny X and said he would do it because he “didn’t want to disappoint my wife.” As for Reggie Bannister, he appeared in my 1994 film, “That Little Monster”. I wanted to continue the tradition and offered him the role of the dead rock star, Mickey O’Flynn (that Creed Bratton plays). But he didn’t want to do that. He really liked the King Clayton character, so I gave him that role and boy is he great! 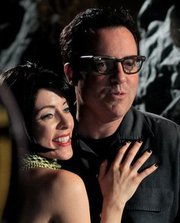 MG: You wore a lot of hats in this film, what was the most difficult task?
PB: Wondering if I was ever going to find the money to finish the movie. Six years of wondering! The planets aligned and a very good friend stepped forward and gave me the money. “Miracle” is not a word I use lightly, but in this case I think it applies.

MG: What is the release schedule for this film?
PB: For now, The Ghastly Love of Johnny X is having its world premiere at the Cinequest Film Festival in San Jose, California on March 3rd, 2012. There are two other screenings at Cinequest on March 6th & 10th. For tickets go to: http://www.cinequest.org/event_view.php?eid=1623

MG: I am sure people would love a soundtrack released, any plans?
PB: As a matter of fact, yes! “Kritzerland” is releasing it on their independent label in a few months. Stay tuned for more news.

MG: What do you have planned next?
PB: A little sleep and then on to the next project! It’s kind of top secret at the moment but if you’re a fan of fantasy and Victor Hugo, I think you will enjoy it.