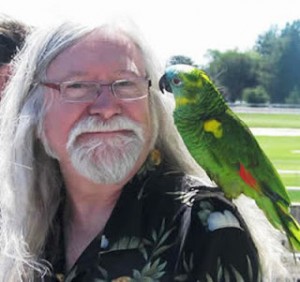 Norman Greenbaum is a singer/songwriter known for the classic rock staple “Spirit in the Sky”. Media Mikes had a chance to talk with Norman about the longevity of the song and his recent reemergence into the music scene.

Adam Lawton: What do you think keeps people listening to your song “Spirit in the Sky” some 40 years after its initial recording?
Norman Greenbaum: I truly believe it’s the beginning riff. That riff goes through you and stays with you. When you hear it you remember how much you liked the song when you originally heard it. The song hasn’t become tiresome like a lot of other older songs. Not to be too critical of myself but I think a lot of the older records sound a little empty and tinny. We recorded “Spirit in the Sky” on two inch tape with a machine that was bigger than your family. We used ancient microphones which I think had to do a lot with the sound of the song. Erik Jacobsen the producer did a wonderful job. I was there with a few little hints and the song really stands up. It still sends shivers down my spine and I wrote it. I also think that as people have gotten older the song has taken on more significance. I receive a lot of mail through my website where people are telling me about how they want the song played at their funeral no matter what! The song has also appeared in 48 different films. All of this amazes me and it just seems to be getting better.

AL: Are you still contacted when someone requests to use the song?
NG: Yes. Every place where it is used there is a network that has someone contact the publisher. In this particular case the same person who owns the rights to the song also owns the master recording as well.

AL: Can you tell us about the song appearing on the “Rock Band 2” video game?
NG: They approached us and I wouldn’t be surprised if a million other people hadn’t contacted them about including the song. They told us they were going to put the song out on the game and that thing has sold billions. I get a lot of good stories through my email and some of them are about how families are getting together and playing the song on “Rock Band”. The song has just taken on all these different lives and it really is so unexpected.

AL: Have you ever played the video game version of the song?
NG: I have not. I think I may have gone into a Sam’s Club once and tried the original version of the game that was on display. I tried to play along and just felt stupid because of all the kids watching. (Laughs)

AL: Can you tell us about the recent updates to your website?
NG: I have had a website for around 13 years. It was slightly stale and had some ramblings here and there. I had it redone and it looks a lot more modern. The site is a lot easier to navigate now. We also updated the store where we sell all the merchandise and music. There is a lot more to see and do on the site now. You can also play the sort of infamous Norman Goat game. (Laughs) My cat Oliver who people seem to love just as much as me also has a ton of photos on there. 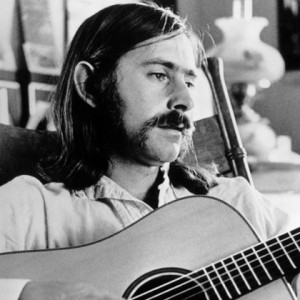 AL: Can you tell us about your upcoming live performance?
NG: I have been getting back into playing lately. For awhile my heart just wasn’t in to performing. Now seems to be the right time to try and do some things. We are having somewhat of a reunion.  The Stovall Sisters who performed the original background vocals on the record will be joining me for three songs. We are part of someone else’s show but it’s a starting point. We had a rehearsal with the girls and it was like time never passed. We had a few more wrinkles and such but we sounded good.

AL: Do you have any other upcoming projects or plans you can tell us about?
NG: This show is going to be a slight gauge to see how well things go over. People really want to hear “Spirit in the Sky” and other songs by me right now! Something has changed but I don’t know what. It seems that it’s a good time to be looking into things. I am taking things one step at a time. In the back of my mind I am going over how I can go about doing everything. This upcoming show is going to be one of the major steps.