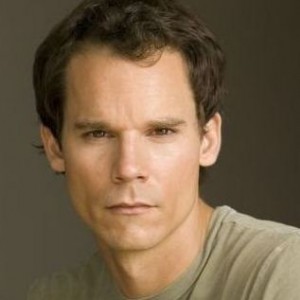 Nathan Baesel plays the lead character Leslie Vernon in the cult horror classic “Behind the Mask: The Rise of Leslie Vernon”.  Horror fans will hopefully get to see Nathan play the fantastic role about soon in the planned sequel.  Media Mikes had a chance to chat with Nathan about his iconic role in the film and its sequel plans.

Mike Gencarelli: How did you get involved with “Behind the Mask: The Rise of Leslie Vernon”?
Nathan Baesel: I got the script from my agent and, given that I hadn’t had that much professional acting work at the time, attending the audition was a foregone conclusion. I was very excited however when I began reading the script because everything clicked for me and I was able to envision the whole world very clearly. Scripts usually have at least a few moments where you’re left thinking, “I’ll have to fix this because it just doesn’t work”. The script for BTM didn’t have any of those moments! In addition, I’ve always enjoyed playing characters who are completely self-revolving, where “it’s all about me”. Those characters are a huge source of fun playing but also poking fun at. Like the way Jack Black or Will Ferrel play ego maniacal asses. Leslie thinks enough of what he’s doing that he has a camera crew following him around documenting his every move for Pete’s sake! I saw a lot of potential humor in making Leslie so serious that he’d be the last guy to see how absurd he is.

MG: Tell us about working with Scott Glosserman?

NB: I can’t say enough good about Scott. From the audition till now he’s been a laugh waiting to happen and I always felt as though I could do no wrong because it seemed as though the laughs kept coming. As long as he was pleased the path seemed clear. And he’s really easy to please! Scott is also the most industrious person I know. He’s never at rest, always with an eye on the next task at hand. That’s a priceless commodity when you’re the producer, director, co-writer and even actor (though his scenes didn’t make the final cut unfortunately). Scott was endlessly cheerleading us all on and reinvigorating the cast and crew whenever energy or enthusiasm dipped. He put so much of himself into making the film that by the time the shoot had completed he was sick and exhausted. You know how mushy your brain gets when you’ve stayed awake for 2 days? I don’t think he got more than 4 hours sleep a day during the 5 or so weeks we were shooting. Scott completed the shoot as a laughing, smiling, mushy-headed mess!

MG: Leslie Vernon has now become a horror icon himself, tell us about how it feel to play that icon?
NB: It’s incomprehensible to me that people have responded as well as they have. I was just running around, having fun, playing hard and thrilled to be payed for it. Leslie was the most fun I’ve had as an actor, the closest I’ve come to realizing the value of actors in our culture and the most fully lived-in character I’ve had the opportunity to play. I don’t think I’ll ever have another opportunity like it so in a real way I feel like I’ve done what I set out to do in my career and can leave Leslie behind as my legacy.

MG: How was it working with horror legends Robert Englund and the late Zelda Rubinstein?
NB: Both Robert and Zelda were so gracious both to me and to the movie. They lent not just their talent but their legends built with their blood, sweat and tears. People may sometimes have wanted them in their films because of the associations they brought with them but in our case we NEEDED those legendary associations to make our film work in important academic ways. Yes, they gave great performances but their presence alone makes it possible for some BTM fans to pause the film mid-view and say, “Holy shit, my mind has just been blown!”

MG: Tell us about the film’s prequel/sequel “Before The Mask: The Return of Leslie Vernon”?
NB: I don’t know how much about B4TM I can say but I’ll tell you that what I’m looking forward to most, besides getting the band back together, is exploring all of the ways that Leslie’s path and mine continue to intersect. He’s chosen a rough road to go down but it’s one of integrity. There’s a million reasons why he didn’t hit the big time and there’s a million ways that he could have sold out to try to make it happen anyway. But he stayed true to himself and his friends and he’s going to take another stab at making a legend the old school way. That’s about as close to an autobiography as a film is going to get for me.

MG: What can fans do to assure that this film get’s made?
NB: Look, even if you’re not a hard-core fan and just enjoyed BTM and would enjoy watching another film like it you can make it happen for less than the price of a ticket to the theater. We’re taking pledges on our Before The Mask Facebook page and in exchange for a commitment of whatever dollar amount you choose you’ll get in return a poster, a DVD of the new film once it’s released, a Blu-ray, the opportunity to get killed off in a scene of B4TM. If everyone who has “liked” the page committed $10 we’d be able to start shooting within a couple months! Behind The Mask has had the life that it’s had only because of the love, support and enthusiasm of the fans. This sequel fundraising is continuing with that dynamic. Check out the Facebook page. Surf around. There’s a number of fun things to explore and a ton of information about how people can help B4TM get made. And you can even come away with some pretty sweet swag.