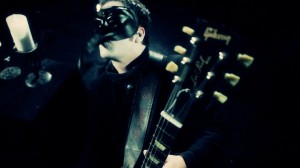 David Grimoire is one half of the writing duo behind Opera Diabolicus a concept album that combines elements of theater with progressive/heavy metal music.  Media Mikes had a chance to talk with David about the concept and the possibility of the album being turned into a live production.

Adam Lawton: Can you give us some back ground on the project?
David Grimoire: The idea began about six years ago. I met lyricist Adrian de Crow at a stage performance of Umberto Eco’s book “The Name of the Rose”. By chance we ended up sitting next to each other and we started talking. We both had friends in common and through talking we seemed to have the same preference in music. We decided to meet up at a later time and discuss the possibility of working together.

AL: Was it hard to decide on a direction for the album?
DG: With my back ground in writing music I had a pretty good idea of where I wanted things to go. Prior to this I never really had the opportunity to go in that direction. When you are in a normal 5 piece band with one singer you are very 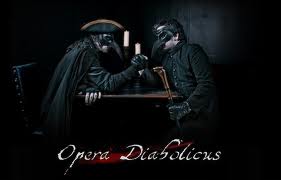 limited. For this project we decided early on that we should not limit ourselves creatively. The music is something I always had in my head. With Adrian’s lyrics there was a story and we blended the two together. Everything was pretty well determined ahead of time.

AL: What do you feel was the hardest part of making the album?
DG: When to stop. (Laughs) This type of writing takes a lot of time and effort. There wasn’t one specific part that stuck out as being more difficult than another. Every part takes time to put together because you want to make it as good as possible.

AL: How did you go about selecting musicians for the album?
DG: I think that part was pretty easy. Depending on the material we knew which type of vocalists we wanted. We wanted Snowy Shaw. I think he is the best drummer in the world for this type of music. Snowy also has a lot of range vocally. Mats Leven has a very characteristic clean voice which I love. Niklas Isfeldt also provided vocals. We handpicked musicians who we thought could make the album happen.

AL: Is there a chance that we will see a stage performance of this material? 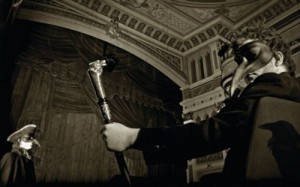 DG: Yes. We are in the planning stages right now. There is quite a bit of planning that goes into something of this size. There is going to be a lot of theater involved so we want to make it right. There are a lot of pieces in the puzzle.

AL: What other projects do you have currently in the works?
DG: Working on the stage production is one of the things. We shot a video about a month ago. That took some time but it is out now. We also have been planning for the next album. We have some material written however we don’t know when it will be released.