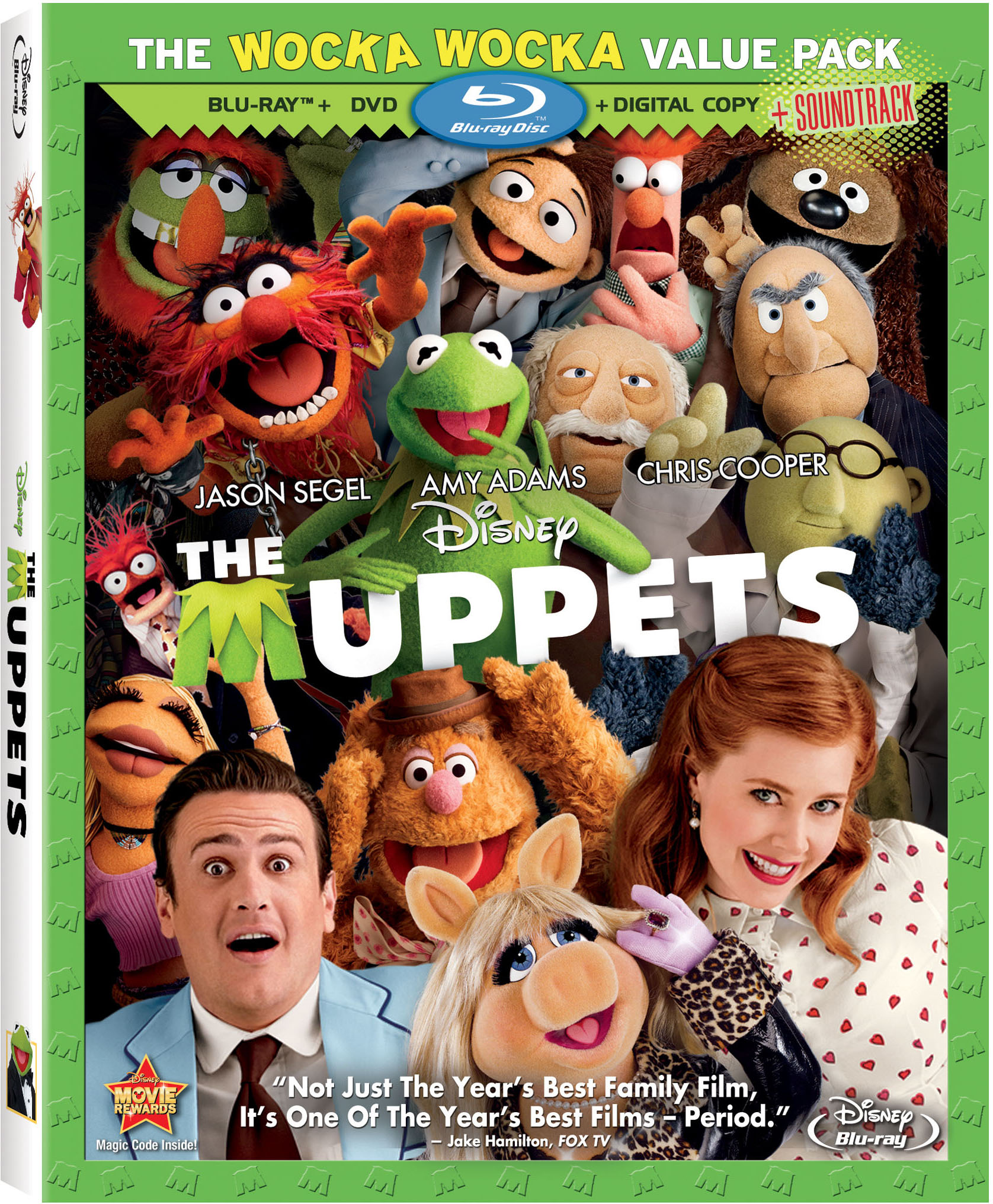 To celebrate the Blu-Ray™ release of “The Muppets”, Media Mikes would like to giveaway 10 copies of the Wocka Wocka Value Pack (Three-Disc Blu-ray™ /DVD/Digital Copy + Soundtrack Download Card). If you would like to win one of these great prizes, please leave us a comment below or send us an email and let us know your favorite Muppets character. This giveaway will be open until Sunday April 8th at Noon, Eastern Time and is only open to residents of the United States. Only one entry per person, per household; all other entries will be considered invalid. Once the giveaway ends, Media Mikes will randomly pick out winners and alert the winners via email.

One of the year’s best-loved family comedies and among the best reviewed films of 2011, Disney’s “The Muppets,” starring Jason Segel, Academy Award®-nominee Amy Adams, and favorite celebrity couple Kermit the Frog and Miss Piggy — debuts March 20 on Blu-ray™ Combo Pack, DVD, Digital Download and On-Demand formats. A must-own movie the entire family can enjoy, Disney’s “The Muppets” in-home release includes the DVD and digital soundtrack packaged together and also offered as the ultimate Muppets experience, a ‘Wocka-Wocka Value Pack,’ which contains the movie on Blu-ray high definition, DVD and Digital Copy (three discs), plus a download card which allows fans to own all the songs including Bret McKenzie’s Oscar®-winning “Man or Muppet,” from the film’s hugely popular soundtrack from Walt Disney Records.