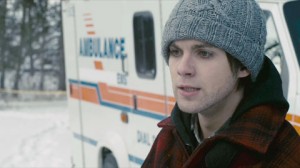 In the past year alone, Magnolia Pictures has released some of my recent favorite films. “Angels Crest” is a movie that would normally fly by the waist side and I wouldn’t see. Since it was being released by Magnolia it caught my attention. I am very happy that it did because the film is an emotional train-wreak that won’t allow you to look away. The film is packed with such amazing and powerful performances.

Thomas Deckker, known for his film roles in films like “Freddy vs. Jason” and TV series “The Sarah Conner Chronicles”, really gets a chance to show his drama chops. The film is so emotionally charged that he is able to give his best performance to date. Jeffrey Piven also gives a notable performance as well. What I also liked about this film is the fact that it isn’t a dragging drama. 93 minutes and out the door, the film does not waste time from the moment it starts.

The film follows the disappearance and death of 3 year-old Nate Denton. While going to build a snowman in the hills, the boy 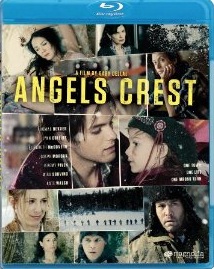 wanders away from his father’s truck and disappears. Dealing with his death, Ethan (Thomas Dekker) ends up putting the small foothills community of Angel’s Crest in an up roar. The town blames Ethan for the death and he struggles to accept this accusation. A local prosecutor (Jeremy Piven) with a haunted past of this own goes after Ethan in order to bring justice for the town.

The Blu-ray looks stunning with its 1080p transfer shot in the beautiful snowy mountains of Calgary, Canada. The landscapes are gorgeous and looks really sharp. The 5.1 DTS-HD Master Audio track also works well with the films heart pounding score. The special features on the disc are decent overall. There are a few deleted scenes with optional commentary from director Gaby Dellal. There are cast interviews, which does provide some great insight into the film’s story and production. Like all Magnolia release, there is an HDNet’s A Look at Angels Crest, which is a basic featurette. Lastly there is the theatrical trailer included.