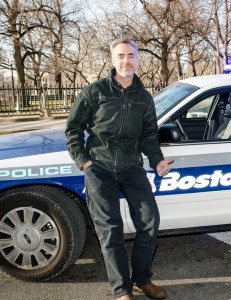 Titus Welliver, who played one of Boston’s finest in “The Town,” was back in his old neighborhood yesterday to honor Warner Home Video’s Blu-ray Ultimate Collector’s Edition release of “The Town Take 2,” Ben Affleck’s brand new version of his hit drama about a Boston bank robbery. Sal LaMattina, Boston City Councilor representing Mayor Menino renamed Avery Street as The Town Take 2 Place, and a one-time only theatrical screening followed the renaming at AMC Loews Boston Common. Warner execs — EVP Jeff Baker, himself a Boston native, and VP Ronnee Sass — greeted Welliver. Welliver also played cops in “Man on a Ledge” and Affleck’s “Gone Baby Gone” and will next be seen in TV’s “Touch” (with Kiefer Sutherland) and Affleck’s new film “Argo.” 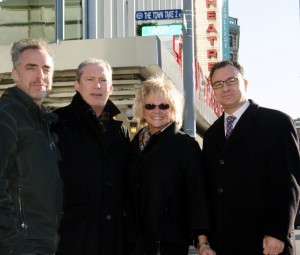