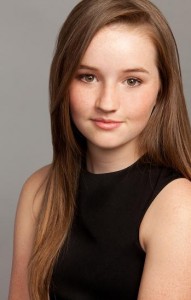 Kaitlyn Dever is currently co-starring as Eve Baxter on ABC’s new hit show “Last Man Standing” besides Tim Allen and Nancy Travis.  Kaitlyn took out some time during shooting to chat about the show and what we can expect from this season.

Mike Gencarelli: What do you like most about playing Eve Baxter on “Last Man Standing”?
Kaitlyn Dever: It’s a lot of fun. Eve is totally different from who I am in real life. I did play soccer when I was younger so we do have that in common. I love how she always has the smart comments. I have sort of a dry sense of humor so the comments seem sort of natural.

MG: What is the coolest thing about having Nancy Travis and Tim Allen as parents on the show?
KD: It is really cool. When I found I booked the pilot I was very excited. I loved Tim Allen in all of “The Santa Clause” movies. Nancy Travis is amazing. She is so funny and she feels like a second mom. They are a lot of fun.

MG: How is it working with Alexandra Krosney and Molly

Ephraim as your sisters?
KD: They are awesome. In real life I am the oldest so I never had an older sibling to look up to. Alexandra and Molly give me advice and I have learned a lot from them. They feel like my sisters.

MG: What has been the funny thing to have off screen so far in shooting?
KD: There are too many to choose from. I am always cracking up. Sometimes Tim will just start laughing during the middle of a take. He likes to joke around a lot on set. I really can’t pick just one instance.

MG: Do you have a favorite episode so far in season one? 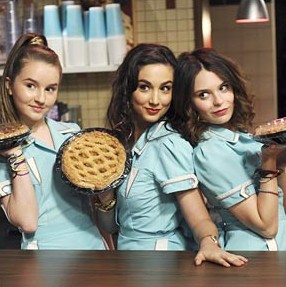 KD: Probably the Christmas episode. I got to have some really funny lines in the episode. Nick Jonas was in that episode as well so that didn’t hurt. I also like the music video episode. They are all good though.

MG: What can we expect from the rest of season one on “Last Man Standing”?
KD: We are going to be meeting some new characters/neighbors this season. You also will get to learn a little more about the characters through some surprising dream sequences. Those are going to be really funny.

2 Replies to “Interview with Kaitlyn Dever”