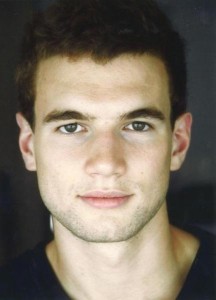 Alex Russell is one of the stars of the recently released found footage superhero movie, “Chronicle”.  Alex plays the role of Matt Garetty in the film.  Media Mikes had a chance to chat with Alex about working on the film and his character.

Mike Gencarelli: What did you think about the script for “Chronicle”, when you first read it?
Alex Russell: Well when the script for “Chronicle” was sent to me, I didn’t even have an appointment scheduled.  It was just a read for interest.  I read about 20-25 pages…lost my mind, called my agent and said “Please please please, you gotta get me into this”.  Then I hung up read the rest of the script and called up again to make sure I stressed I had to get in for it.  It was an incredible script.  It was so tight and slick but at the same time it was so seamless and naturalistic in the dialogue.  The story was unlike anything I have ever read. I never read anything like this before. It was just so original.

MG: What drew you to the character of Matt Garetty?
AR: Well the boring answer is, what drives any of the three stars to their roles?…would be that it is teenage guys with telekinesis, which is incredible.  What makes it extra alluring and attractive is that it is this wonderful wish fulfillment.  You get to play someone with superpowers, something you wanted to do since you were 6 years old.  Teamed with these incredible powers are these characters that are layered with complex beautiful relationships.  It is everything that you can ask for an artist to sink your teeth into. 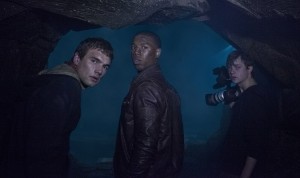 MG: What was your biggest challenge working on the film?
AR: The biggest aspect is that it is a found footage film and shooting in that genre means that the camera is always on you. You would have a scene that is 90 seconds long and you have to hit all of the beats from beginning of the scene till the end. You have to also make it feel naturalistic and hit the marks.  It is very difficult to have that kind of consistency in acting. It is like theater, there is no cuts to hide behind.  When you team that with special effects, wire works or having to fly off in the middle of your scene, it is a difficult combination.  So that was the most challenging for me keeping to keep those things together.

MG: Tell us about the flying scenes in the film?
AR: I thought they did such an amazing job.  The special effects are amazing. with the flying like every other special effect in the film, the motto from the crew was to be practical first and CG later. We had incredible wire work.  I was going to work in downtown Cape Town and getting hoisted up 10 stories…I get this incredible view then they call “Action” and I get dropped 4 stories in a few seconds.  That kind of thing was exhilarating for me as an actor but it is also that much less you have to act since 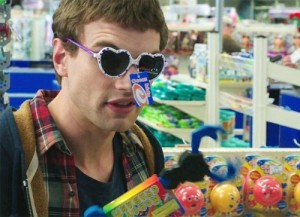 it is already there for you.

MG: How was it working with Dane DeHaan and Michael B. Jordan?
AR: Man, those guys are legends.  They are just great.  They were wonderful to work with and wonderful to play with.  We had so much fun shooting in Cape Town.  We had a blast but when it was time to work, all of us worked.  Everyone involved in this production worked the hardest and worked 6 days a week. Everyone was on the same page and had the same goal.

MG: What else do you have planned for 2012?
AR: I got some things on the boil that I am pretty excited about.  I don’t want mention them because they are being locked in.  I am an actor though man, I can always do with more work.  I see this year panning out pretty great for me and I am ready to work hard.