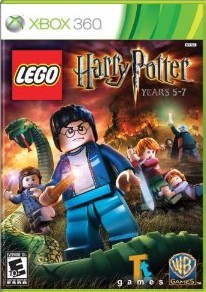 I really wanted to like this game, honestly. I have played both the “LEGO Indiana Jones” and “LEGO Star Wars” series and loved them both, and I was really looking forward to playing another one in the series. Sadly this one fell short of my expectations.

For the most part the game sticks to the normal genre of the LEGO games franchise with great graphics and characters. However when it came to the most important part of the game, like navigation and interaction with game pieces…that has changed a lot. Gone are the days of the simple click and move. You know how to focus on an object before interacting with it, sometimes having to drag it around. The worst part is having to put LEGO pieces together to build a bridge or set of stairs to move on to the next stage. I spent a good bit of time on the first set of stairs just trying to get the pieces together the way they were suggested to go.  I found myself settling on whatever I was able to use to jump up to the next stage. So it became very frustrating overall.

The story it’s self sticks very strictly to the books, which I am sure fans will love.  However if you haven’t read the books or seen the movies I could see where a lot of the story line could be lost on you, as well as a vast majority of the jokes.  I found the sub par navigation way too annoying and very quickly into the game I lost interest. I wish LEGO had demanded more 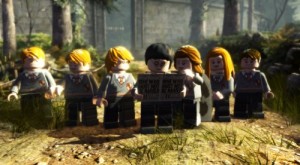 strict guidelines for continuity, as I enjoyed being able to get immersed in game play with the two previous games in the series. Perhaps I was rather spoiled with the concept of being able to just pick up the controller and jump right in like my prior experiences.

If you are able to get through the navigation challenge and through the game I still recommend it. The LEGO games are adorable, entertaining, and fun for all ages. The ability to even play as a team with others online is a fantastic option, one of which I enjoyed immensely in the past. Then there is the thousands of interactive objects on each map, as well as numerous fun puzzles to get through. As for me I will perhaps attempt it again another time and hopefully then have a better experience with it.