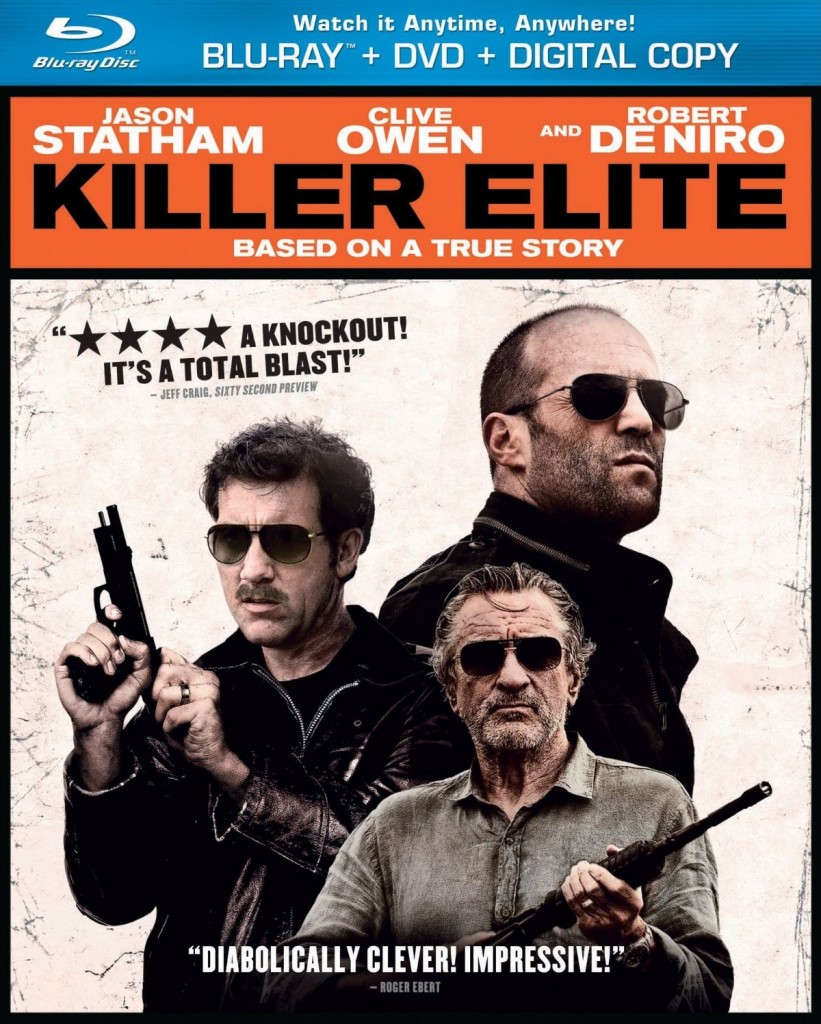 To celebrate the Blu-ray release of “Killer Elite” starring Jason Statham, Clive Owen and Robert De Niro, Media Mikes would like to giveaway FIVE copies of the Blu-ray. If you would like to win one of these great prizes, please leave us a comment below or send us an email and let us know your favorite action film. This giveaway will be open until Monday January 23rd at Noon, Eastern Time and is only open to residents of the United States. Only one entry per person, per household; all other entries will be considered invalid. Once the giveaway ends, Media Mikes will randomly pick out winners and alert the winners via email.

Synopsis:
Jason Statham (The Italian Job), Academy Award® nominee Clive Owen (Inside Man) and Academy Award® winner Robert De Niro (Raging Bull) star in Killer Elite, “one of the best action thrillers of the year!” (Richard Roeper) When two of the world’s most elite operatives — Danny, a retired contract killer (Statham), and Hunter, his longtime mentor (De Niro) — go up against the cunning leader of a secret military society (Owen), their hunt takes them around the globe from Australia to Paris, London, and the Middle East. As the stakes rise along with the body count, Danny and Hunter are soon plunged into an action-packed game of cat-and-mouse where no one is what they seem. Based on a shocking true story, it’s an explosive, no-mercy thrill ride where the predator ultimately becomes the prey.