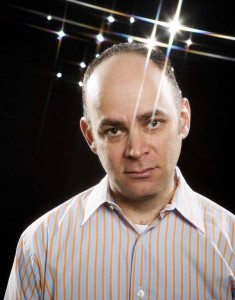 Todd Barry is a co-star on Adult Swim’s “Delocated”. The show returns for season three on February 2nd. Todd also has worked with Louis C.K. and Darren Aronofsky. He is also co-starring in David Wain’s new film “Wanderlust” this Spring. Media Mikes had a chance to chat with Todd about working on the show and what he has planned for 2012.

Mike Gencarelli: What can we expect from season three of “Delocated”?
Todd Barry: I think there is going to be a lot more prostitution and violence in it. Peace, Love, Prostitution and Violence. That’s always good.

MG: Any further issues developing between Todd and Sergei?
TB: There is always something going on between those two. However I don’t want to give too much away. We just finished shooting everything last month. Shooting was scattered over a few months. They would just call me when they needed me.

MG: Tell us about Todd Barry playing Todd Barry on the show?
TB: I am playing myself to a certain extent however it’s a little bit heightened. It’s always great to be on a show that you are not embarrassed about. The show is both smart and funny. It’s good to be part of something like this and it’s nice to have a job where you like everyone. 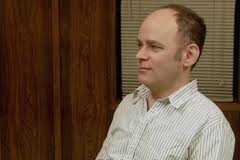 MG: You’ve worked a lot with Adult Swim, tell us about you originally got working with them?
TB: I don’t remember exactly how it started but, with animation it seems as though once you do a voice then you get called in to do some other things. I think my work on “Dr. Katz” may have started our lasting relationship.

MG: Tell us how you got started working with Darren Aronofsky?
TB: I have known him for a while through other people. I guess he saw me somewhere and thought I would be good for the wise ass/mean guy at the store in “The Wrestler”.  We also worked on a fun short called “The Original Black Swan” for Funny or Die.  That was ALOT of work but it turned out good and was worth it.

MG: Tell us about working with Louis C.K. on his show “Louis”?
TB: I have known Louis for a long time. I think that show is going to start up sometime in February. I tend to get quite a bit of acting through people who know me.  This is a fun show to work on and I look forward to it.

MG: Tell us about working with the “The State”/”Wet Hot American Summer” crew in “Wanderlust”? 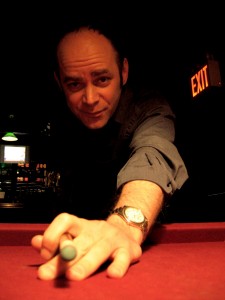 TB: That was another one where I have known David for some time. He is a really relaxed guy. Most people I work with are very similar as they want to have you stay loose and have a good time.  It is a fun film.  Everyone involved was just so great to work with.

MG: Due to your stand-up background, do you find yourself improving a lot when you are shooting?
TB: If they let me. Sometimes the script is very rigid but I think the better things I have done are less rigid. The ones I enjoy are when you just get an idea of what the director wants and you get to go from there.

MG: You also have a role in the upcoming film “Vamps”, tell us about that?
TB: That film is sort of a vampire version of “Clueless”, in its most simplistic description. Alicia Silverstone is in it along with Malcolm MacDowell and a whole bunch of other people. I play Sigourney Weaver’s right hand vampire.  It was a fun picture to work on.