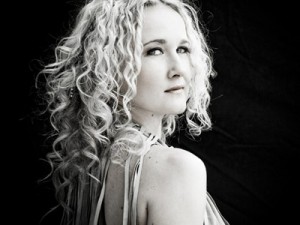 Pearl Aday is the daughter of classic rock singer/ actor Meatloaf. Pearl released her debut album “Little Immaculate White Fox” which featured Pearl’s husband guitarist Scott Ian on guitar in 2010. Pearl has recently released an acoustic version of the album titled “The Swing House Session: Pearl Live & Acoustic”. Media Mikes had a chance to talk with Pearl about the new album and her plans for 2012.

Adam Lawton: Can you tell us about the latest album?
Pearl Aday: The album is currently available as a download only. Unfortunately we don’t have physical CD’s right now but you can get it on most online music sites. The album is acoustic versions of my rock album “Little Immaculate White Fox”. We got the guitarist on the album together and recorded for an afternoon at Swing House studios in Hollywood. We played the songs completely live and acoustic. The album was produced live by Jay Ruston who had produced a few tracks on my rock album. It was a lot of fun.

AL: What was the idea behind recording the “Little Immaculate White Fox” tracks acoustically?
PA: We wanted for the people who loved the original recording of the album to have a 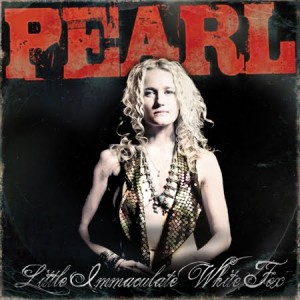 n acoustic version as well. These versions of the songs are quite a bit different and feature a new twist.

AL: The album features one new track but is missing one track can you tell us about that?
PA: “Angel from Montgomery” was not on the original album. That song is actually a cover written by John Prine. We started putting that song in the set when we were touring for the album. That song was a nice mellow dip in the vibe that we would do acoustically each night. The three part harmonies on that song sound really beautiful. We got a lot of great feedback from playing it. The song “Broken White” we chose not to include because that song is much harder and is a real rocker. It seemed too much to transfer that day into an acoustic version.

AL: What do you think was the most difficult part of performing the songs acoustically?
PA: I didn’t think there was anything really difficult about it actually. It was just enjoyable and fun. We all knew the songs so well that it was fun to take them and strip them down. Reworking them in a different way created a different vibe and emotion.

AL: Can you tell us who played on the tracks?
PA: The album is just guitars and vocals. I, Scott Ian, Nalle Colt, Jim Wilson and bassist Marcus Blake are all featured on the album. Jim and Marcus are the two guys that I wrote a 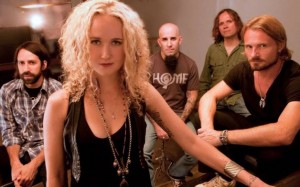 bulk of the music with on the original album. I love working with those two.

AL: What are your plans for 2012?
PA: I am working with my agent to set up some acoustic club shows in the Los Angeles area and possibly in the San Francisco area. I won’t be doing a full tour but just some local shows to get out and perform the acoustic album live. We also have a handful of new songs  in the demo stage that we are finishing. We are planning to take those in and record them for another full electric album.  That’s something that I am really looking forward to.