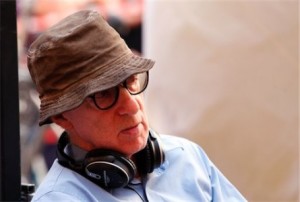 This film is really an absolute complete look into the career of Woody Allen. It starts during his teenage years writing jokes for comics and local papers to working for Sid Caesar to doing standup comedian to his writer-director career. In that last career he has averaged one film each year for more than 40 years. If you are fan of Woody Allen this is a great tribute to his amazing career and if you don’t know Allen this is a great place to start. 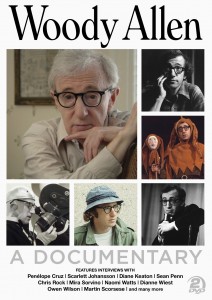 a Barcelona” and “Midnight in Paris”. “Midnight” was easily my favorite film of 2011 and re-sparked my interest in his films. I thought I knew quite a lot of his films but I felt myself learning so much about Woody Allen and his work from watching this.

Besides Woody Allen himself, I would like to list just some of his people who contribute new interviews for this documentary: Antonio Banderas, Josh Brolin, Penelope Cruz, John Cusack, Larry David, Mariel Hemingway, Scarlett Johansson, Julie Kavner, Diane Keaton, Martin Landau, Louise Lasser, Sean Penn, Tony Roberts, Chris Rock, Mira Sorvino, Naomi Watts, Dianne Wiest, and Owen Wilson and many others. They all provide great back story into their experience of working with Woody.

The special features on this film are really great and plentiful. If the 3.5 hour film is not long enough for you, there are more extended deleted scenes and interviews. Woody Allen goes around Brooklyn reminiscing more about his neighbors, dating and the local movie theater; Mariel Hemingway talks about Allen’s meeting her family and the story behind Allen’s 1966 debut in The New Yorker are all among the scenes included. Lastly, there is a fast and fun Q&A between Allen and director Robert Weide.