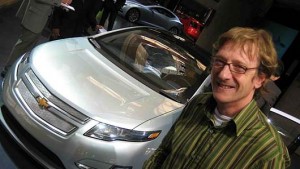 If you are aware of the film “Who Killed the Electric Car?”, directed by Chris Paine, then you should known about this one. It is his follow up film focusing on the return of electric cars. The film is definitely interesting and shows a lot of great points. There are celebrity appearance from Danny DeVito, Jon Favreau and Arnold Schwarenegger. I enjoyed the flow of the film and I felt that it kept my interest from beginning to end. Docuramafilms is one of my favorite sources for choosing really great documentary subjects. It is rare to find that you are that entertained from a documentary especially about electric cars.

The film starts off around 2006 after the electric cars where destroyed, now they are back and want revenge. The film is narrated by Tim Robbins and follows GM and Elon Mush as they bring the return of the electric car. The film shows what the future of the car will be and how it is back faster, furiouser and cleaner than ever. The fighters to bring the electric car are Bob Lutz from General Motors, Elon Musk from Tesla Motors, Carlos Ghosn from Nissan, and Greg Abbott, an independent electric car converter. The director, Chris Paine, did a great job and is definitely on my radar now. He knows how to take a topic and turn it into a great documentary.

The extras on the film are really decent and impressive. There is a Tribeca Film Festival Talk which runs about 35 minutes. The panel features Elon Musk, Dan Neil, Carlos Ghosn, David Duchovny and director Chris Paine. There is about 20 minutes of additional bonus footage, definitely worth checking out if you enjoyed the film. If you enjoyed the celebrity interviews in the film, there are about 25 minutes of additional interviews. Lastly there is the theatrical trailer and Nissan Leaf promo trailer also included.