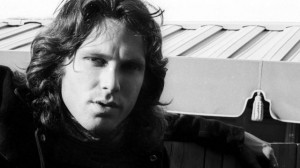 “Mr Mojo Risin’” focuses on Jim Morrison’s last album “L.A. Woman” with The Doors. The special itself run about 60 minutes and feels a little short but still entertains. This goes into great depth on the band, how the album was made track by track and also about its recording. 2011 was actually the 40th anniversary of the album’s release and Morrison’s death, so it is definitely relevant. If you are fans of The Doors this definitely leave you satisfied.

Some of tracks included in the special are “The Changeling”, “Love Her Madly”, “Hyacinth House”, “Crawling King Snake”, “Riders On The Storm”, “Light My Fire”, “People Are Strange” and “Hello, I Love You”…plus many more. This film included new interviews with the three surviving members of the band included Ray Manzarek, Robbie Krieger and John Densmore. There are also new interviews from Jac Holzman (founder of their label Elektra Records), Bill Siddons (ex-manager), Bruce Botnick (co-producer of the album). I also enjoyed the archive footage of the Doors performing, as well as new musical performances from the remaining members.

The special features included about 30 minutes of additional interviews. Not sure why they were not cut back into the film, since I think it would have enhances the film. Some of the extra footage includes John Densmore talks further L.A. Woman, more on the making of “Riders On The Storm” and “Crawling King Snake”, live performance of “Thoughts On Performing” and The Doors Guide To LA. Overall the extras are impressive and worth checking out.

One Reply to “Blu-ray Review “The Doors: Mr Mojo Risin’ -The Story of L.A. Woman””