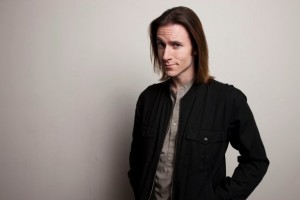 Matt Mercer is voicing the character Tygra in the 2011 reboot of “Thundercats”. Matt has also done voice work for animes including “Akira” to “Ninja Scroll” to “Fist of the North Star”. Movie Mikes took out some time to chat with Matt about “Thundercats” as well as his other projects.

Mike Gencarelli: How did you get started doing voice work?
Mathew Mercer: I always had a fascination with cartoons and video games growing up. As far back as Mel Blanc, and some of the older cartoons I just loved the characterizations and the ability to perform multiple voices through one person. I never thought it was a viable option for a living let alone a career until about 4 years ago. I was doing a lot of theater and making some network connections and just decided to give it a shot. I left my day job and went to a bunch of classes and workshops where I worked my ass off and lived on top ramen for awhile. I did a lot of hard work and was prepared for opportunities and the rest is history!

MG: Can you tell us about how you got involved with your latest project “Thundercats”?
MM: I had gotten an email from my agent regarding a secret project that no one could talk about even with other actors at the agency but she was having people come in an audition for 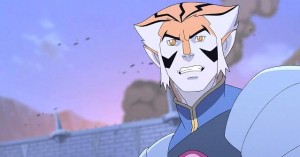 the project. I saw the word Lion-O on the script and my inner 6 year old started freaking out. I went in and read for Lion-O and Tygra. I kept telling myself that I had to book this and went over the copies a bunch of times. I even went into the booth directors to tell them that they had to help me book this because I needed it! I went in and read for it and gave it my all. I didn’t hear anything for some time and was pretty sure I didn’t get it. I got a call from my agent and she told me they had a new nick name for me at the office. I figured they had just gotten drunk at the last office party and came up with something. They proceeded to tell me that it was Tygra. I did kart wheels like an actual 6 year old and it’s been a wild ride ever since.

MG: Did you go back and re-watch some of the old episodes in preparation?
MM: Oh yeah! I got together with some friends and writing partners and we watched the first six episodes or so. It was a wonderful evening of nostalgia.

MG: You also worked on a number of anime series, can you tell us about that and do you have a current anime series favorite?
MM: Those were some of the first projects I had ever worked on. They really wet my appetite. At the time I was a really big anime fan. Getting to be a part of “Ninja Scroll” and “Akira” to 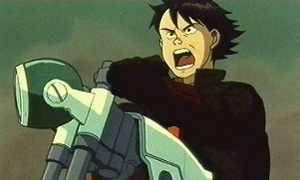 name a few was very fulfilling as a geek. It was a really fun process to be involved with and I met a lot of people that I am still working with today. As far as my favorite anime I am a big fan Hayao Miyazaki’s work as far as films goes. As far as series I would have to go with “Cowboy Bebop”. It has just such great characters and writing. It’s a perfect example of blending styles that you wouldn’t expect together. The music its self made the project. It created its own atmosphere that hasn’t been rivaled since.

MG: Tell us about your work on “Fist of the North Star” and “Akira”. Were those early in your career as well?
MM: Oh yeah. “Akira” was technically the first main character I got to work on. I did a few one off characters like on “Fist of the North Star” where you spent 3 hours shouting till your explodes which was a lot of fun. It roughed the voice up for the next morning. “Akira” was cool because I was a fan of the original film. When I heard they were doing a re-dub with up dated translation I asked the director specifically if I could audition because of my personal interest. Getting to be a part of that was majestic and exciting.

MG: More recently you voiced Stryker in the new “Mortal Kombat” video game. Do you feel working on video games differs from films or television shows?
MM: It very much differs. There is a whole different feel than when you are on camera. When you’re shooting in front of a camera the other actors are there as well as you have costumes and rehearsals. Voice over most of the time is cold reading in a booth where you are isolated from everyone and everything else. You have to kind of create the world on your mind and give a believable performance. You have to be a little crazy for voice over work. 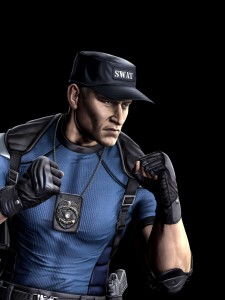 MG: What can you tell us about the film “Dead Inside”?
MM: It’s a psychological, thriller, horror film that was directed by Pearry Teo. I am really excited about this film because it’s an ensemble piece that takes the classic “teens in a house” horror film and puts a unique and intense spin on that with great story arc. Unlike a lot of horror films today that relies on jump scares and splashy gore this film is very reminiscent of the original “Aliens”. It’s more about what you don’t see and what’s in the shadows. This film lets your mind fill in the blanks thus making it more scary. I am really excited about this film and I think it’s going to be debuting at Sundance.

MG: You directed the web series “There Will Be Brawl”. Any future plans for more directing?
MM: I have a few projects in the works. “There Will Be Brawl” was a pretty intense year of my life. A lot of creative energy went into that project and most of my free time went towards all of the different aspects of that project. I was burned out for about a year. I got the bug back recently and have a few projects in pre-production. Keep your eyes open for stuff to start popping up.