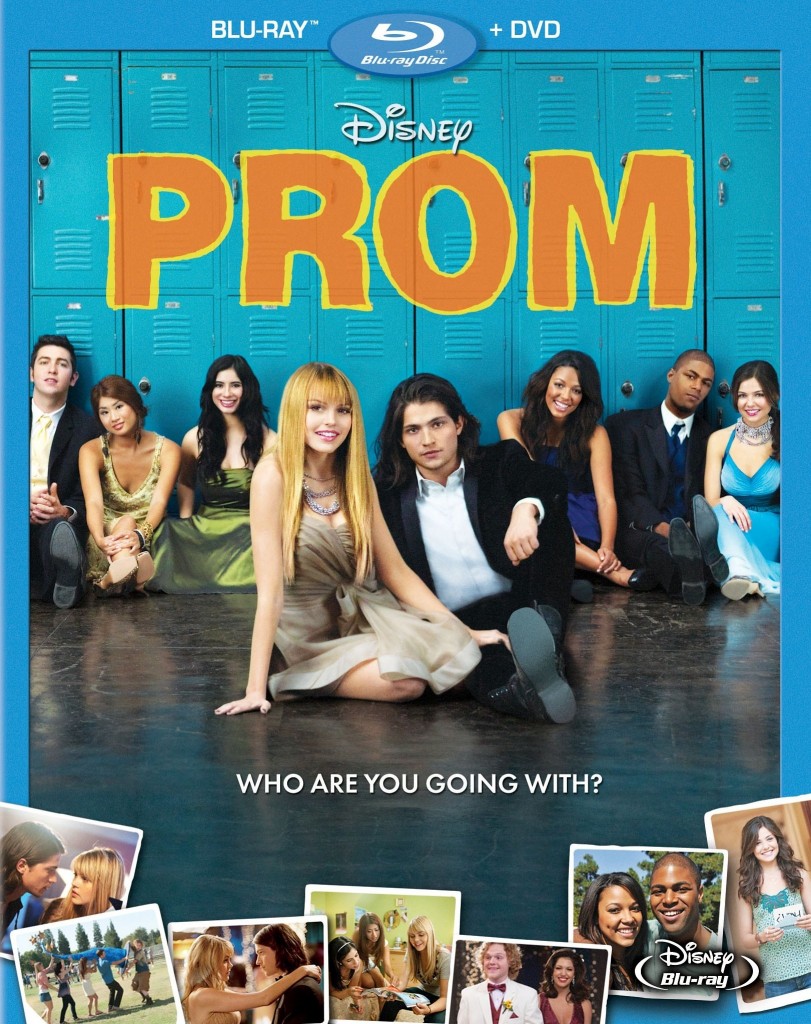 At PROM, every couple has a story and no two are exactly alike. For Nova Prescott (Aimee Teegarden), it’s a classic tale of opposites attracting when she finds herself drawn to the guy (Thomas McDonell) who gets in the way of her perfect prom. Share the laughter and the drama as secrets are brought to light, seemingly steady relationships unravel and new romance catches fire. Get ready for this hilariously heartfelt date with destiny featuring a hot ensemble cast of rising young stars and cool bonus features. There are hundreds of nights in high school, but there’s only one PROM!

To celebrate the Disney release of “PROM”, Media Mikes would like to giveaway 10 copies of the Blu-ray™ Combo Pack (Blu-ray™ + DVD). If you would like to win one of these great prizes, please leave us a comment below or send us an email and let us know your favorite high school movie. This giveaway will be open until Tuesday September 6th at Noon, Eastern Time and is only open to residents of the United States. Only one entry per person, per household; all other entries will be considered invalid. Once the giveaway ends, Movie Mikes will randomly pick out winners and alert the winners via email

Bonus features for the DVD:
– Putting on PROM: Making of Featurette
– Bloopers

Bonus features for the movie download:
– Everything on the DVD, plus…
– 3 Music Videos:
– Allstar Weekend—“Not Your Birthday”
– Neon Trees—“Your Surrender”
– Moon—“Time Stand”