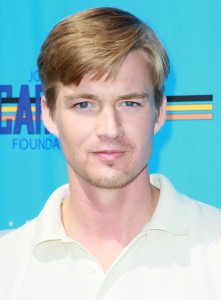 Mason Gamble started his film career in 1993 with the film “Dennis The Menace”. Mason’s latest film “Golf in the Kingdom” really shows his acting ability in the role of Michael Murphy. The film is adapted from the book of the same name. He co-stars in the film with the fantastic David O’Hara, who also gives a great performance. Movie Mikes had a chance to chat with Mason about the film and his career.

Mike Gencarelli: Tell us about your role of Michael Murphy in “Golf in the Kingdom”?
Mason Gamble: It is about a young guy at a specific point in his life and he has these expectations for where he is heading and exactly the path he needs to be on to get there. He then has a 24 hour period that completely 180’s he ideas on that. It takes him everywhere he thinks he needs to be going and makes him realize that he is focused on the wrong things. I think a lot of young people are often at that transition in their lives. I know I was at my transition in my life not to long ago. It was a role that seemed pretty appropriate with the timing of it.

Mike G: At what point did you read the book “Golf in the Kingdom”?
Mason G: First time I read the book was after I heard of the project. It was one of my agent’s favorite books growing up as a kid. He was excited when the project came along and that made me look into it a little bit closer. The ideas in the book and the way they can be taken to the game of golf really worked on me. I think it changed not only the way I approach my golf game but life in general.

Mike G: In general, are you a fan of the game of golf? 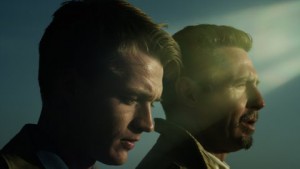 Mason G: I had gone a golf movie called “A Gentleman’s Game”, when I was 14. They taught me how to play for that a little bit, but I never really got into it. I didn’t have a lot of people I knew that played. After reading the book, then I started to play with a friend of mine. Some of the ideas in the book really changed the way I approached the game and it hit me hard. Since the audition process for the film, I have been a pretty avid golfer.

Mike G: How was it working with David O’Hara?
Mason G: Oh man, David is amazing. Not only did he disembody the role of Shivas Irons, but the focus and the power that he is able to control on the screen…he really draws you in when he is in the same frame as you. The stillness that he can perform a scene with is really overwhelming. He is a heck of an actor and very professional. It was a really small crew and we were three hours from anything where we shot. So having David up there for support and to lean on was great. We got really close and had a fantastic time together.

Mike G: Tell us about the production, where was it filmed?
Mason G: It was shot at an incredible place called Bandon Dune, which is just up the Oregon coast. It is a world class golf resort. I think at the time they only had 3 1/2 courses and building their 4th. The courses are in the top 25 courses in the national. We got to use all four of these courses to build our set for this movie. It just looks incredible and it is one of the most beautiful places to be working for two and half 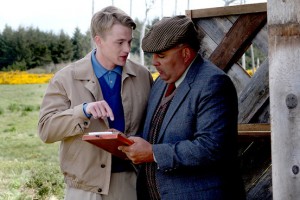 Mike G: Tell us about working with director, Susan Streitfeld?
Mason G: It was fantastic. She has this amazing artistic vision. She has the ability to see things through the camera and on the screen that most people can’t see. When you work with her you really need to have a lot of trust in her. She had this vision for what was going to come out at the finish of this film. I think when you see it on screen it just looks great. The visuals…the scenery…the framing…it all just turned out so beautifully. I think so much of that credit needs to go to Susan. I think she had an eye for that the whole time.

Mike G: What do you have planned upcoming?
Mason G: Right now, I got about two quarters left of school. I am trying to graduate. I am majoring in Marine Biology. My love will always be acting, to me it is a job unlike any other job. The studying of Marine Biology and the continuing of education is something I have always been very passionate about. Developing your mind and your ability to think critically is really important. As an actor your mind is one of your most important tools. The more prospective you can bring to the table, I think the more range and variety you are going to be able to bring to your roles.